What you know about me vs. what you don’t know 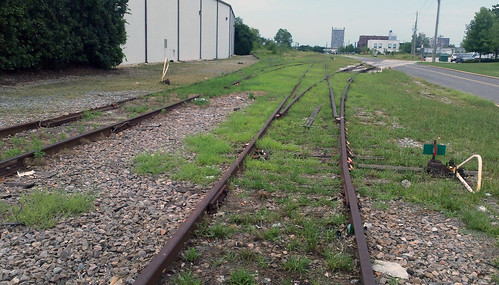 I spent most of last night rummaging through the back end of this site trying to see exactly what I’d written. I noticed that there were some 100 posts that had never seen the light of day in various stages of completion. That’s not too bad considering later this month Dre’s Ramblings will have been around in some way, shape or form for six years.

One of them seemed quite timely considering I’d just taken part in the conversation that Amber Naslund references in this post about what she wished more people knew about her. I’ve been known to accept a challenge or two from Amber and the list below (I think it was originally shared on Facebook as a note back in 2009) seemed like a good place to start tackling this latest one – sharing what I wished folks knew about me besides the snippets that appear in their streams from time to time.

I’d almost liken it to thinking you were on one set of tracks only to discover that you’re supposed to be on another one.

It’s not like there hasn’t always been a post available trying this from the early days of the site or a bio over on Urban Conversations to help fill that void. The idea of getting past the “talking points” between people though, no matter how much easier online communication is supposed to make it, is always a challenge.

Here’s an attempt to do just that:

There’s my list. Now, what’s your list? Or maybe you want to know something else about me?