It was about more than a laptop

It’s been a rough month so far — a really rough month. There are graduates of The Mount still upset over the death of Br. John Bantz in the Bronx on September 6 at 76. He’d served as my guidance counselor in high school and was one of the reasons I was able to prep a portfolio to submit for consideration when applying for college.

The other one was a lot more shocking, mainly because I’d lived it before, about 14 years ago. I’d had a conversation with Tony Lee only weeks before, only to hear he’d passed away in his sleep — two weeks before I finally got to walk. Tony gave fully every moment of the day and loved his wife and daughter so much. He’d also been supportive during those years in Savannah. I never got to tell him thanks, assuming I’d see him in late May. He was 36. 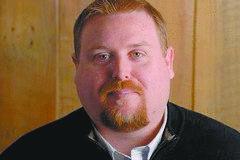 This week, a scan of tweets made me revisit those thoughts again. John Garrett was 35 when he passed away in his sleep on September 12. He was blunt, to the point, and unapologetic. He was also caring, loyal, and sincere. You may not have always liked his opinion, but that didn’t matter. The goal was to understand where someone was coming from, not to change a person’s mind; to listen. I enjoyed the occasional banter as it was the first time in years I could have a debate with someone who understood what it actually meant — like my days in high school with classmates and Br. John.

I never reached out as much as I should have, but I know I’m better for the five years I knew of him. Nothing symbolized that more to me than the laptop he helped to raise money for me to purchase. That’s the one that was stolen a year later — perhaps the reason why I was upset about the break-in more than anything else.

I’d spent the previous four years attempting to make something of a website I felt I needed to continue to maintain, but I honestly didn’t know if I wanted to keep going. I’d posted a tweet about needing a new laptop after months of wandering the coffee houses of Birmingham lugging around a full-size keyboard to get anything done. While his site’s no longer up, what he chose to do next is still archived. The first one had its issues, leading to the one I ended up with and my first smartphone. I can say now that I don’t think I keep writing much longer if this doesn’t happen.

His act of kindness was always about more than a laptop; it had been a reminder about doing instead of talking or hoping. You never forget those types of people. Ever.

I’d just spent three months dealing with The Terminal again, though this time it involved rebuilding it from scratch. I’d just figured out the last piece of the puzzle and was looking forward to sharing it with folks — and thought about John. That’s when I found the tweets saying something had happened.

I #raisedaglassfriday to him last week, but I’ll do it again and again — especially when my faith in humanity is shaken. Rest in peace, sir.

N.B. Per an event listing for this evening in honor of John; it leads to a PayPal donation page:

…due to some of John’s health issues, there was no life insurance policy. If you have the means, please donate a few dollars to Jenn and Jax to help ease this transitional time in their lives.