Taking it easy with festivals and front porches 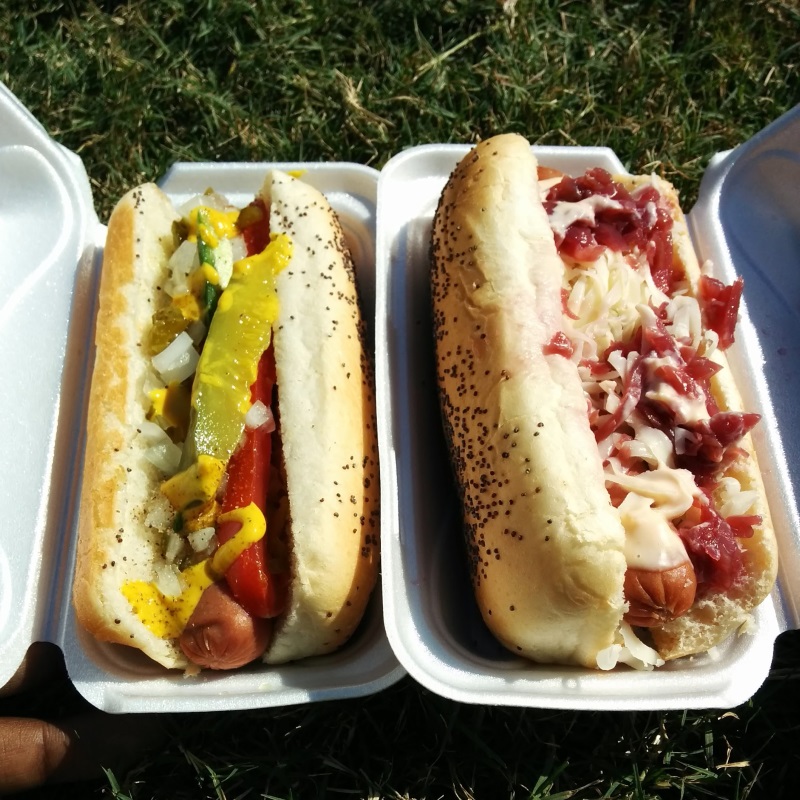 People who’ve known of their existence rave about Ferocious Dogs. They’ve been around for less than two years and developed a cult-like following. Today, I finally got to taste my first one — their namesake. Bets decided she wanted to try their Reuben; that she ate the Swiss cheese without noticing probably says a lot. The photo of our choices before we devoured them sits to your left. We enjoyed these well-dressed red hots while sitting on the Village Green in the middle of one of the area’s US Steel Real Estate development, The Preserve. The occasion was another first for us — a visit to the Moss Rock Festival. BTW, yes, they were awesome.

It was the first stop during a day of deliberate meandering with no set agenda. Yes, there was a smartphone along for the ride, and a vague idea of what was going on about the metro area, but there was no plan. There are times when it’s the worst thing to have. (I say that knowing just how grounded my Sunday routine allows me to be for the rest of the week — more on that tomorrow). The phone’s purpose was not to surf, but to take photos. We ran into people we knew (and people we hadn’t seen in a while). Driving through the housing development on a Hoover City Schools bus had me thinking about similar journeys through Charleston and Beaufort in South Carolina more than a decade earlier. The wood frame homes and azaleas brought back great memories of time through my lens and not someone who assumes everyone lives through theirs (though we’re all guilty of that at some point, aren’t we?). 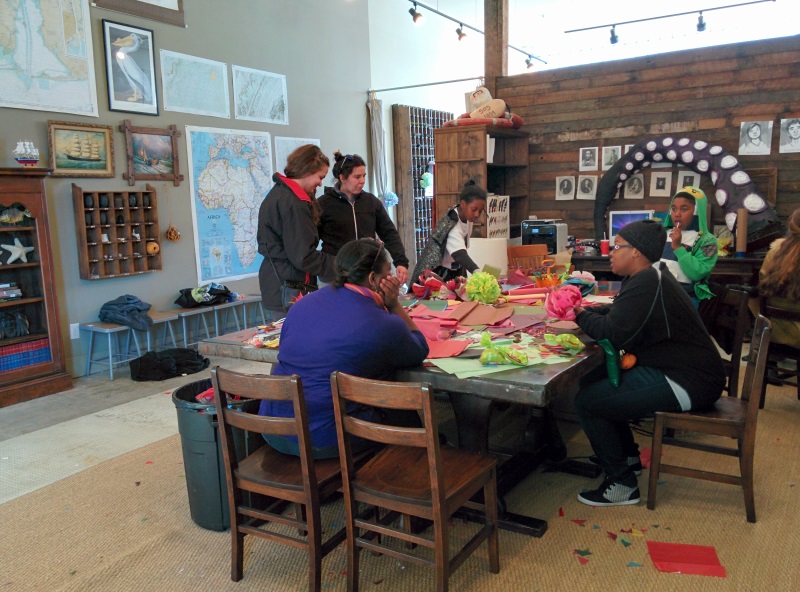 There was also a stop in Woodlawn late this afternoon to check out the Dia de Los Muertos festival  organized by Woodlawn High School. We got there late but still saw children working on flowers made with tissue paper at DISCO and passersby wandering into The Forge to see the student work. It reminded me of the need to get in some work with charcoal soon (and of the fun one can have with empty Altoids tins — along these lines). There were also reminders about laughter, support, and the need to be bullish for your causes (just not too bullish — or uninterested in the causes of others). I’ve spent the last few weeks reflecting on it being ten years since we first moved to Birmingham, but this was the first time I had a chance to put it in perspective. It’s weird to think of those I knew in 2004 and how much that circle of friends and acquaintances has changed. It did make us realize it’s probably past time to have a soup/stew night at the house. We’ll see what happens…

The last stop — for me at least — involved driving by a friend’s house and seeing the door open. I thought about how many times I didn’t drive by but rode by a friend’s house or apartment on a bike, no communication device on my person save for a notepad and a pen, and stopped by just because it was on the way. So, we stopped, had a fun conversation, and got to see part of what many at tomorrow’s Dia de Los Muertos event on the city’s Southside will undoubtedly say is a great mask — and a work of dedication.

It was peaceful with a lot of laughter — the way you want a day with no plans to end. Well, that and maybe a mind map of your NaNoWriMo novel as your cats attempt to snuggle around you while a girls night is taking place elsewhere. That, and peacefulness, sounds pretty good to me.