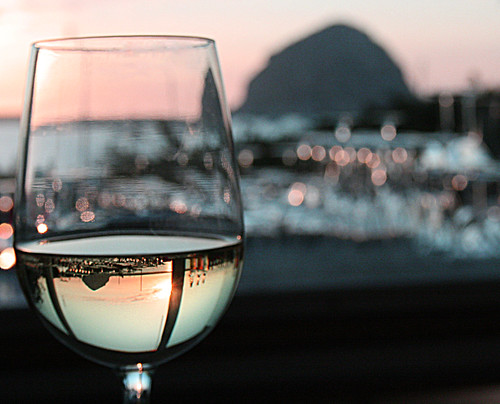 I changed the wording since there are three that come to mind when I think of this one. They all come to mind because I think I’d be looking more for great conversations than I would be for someone that would just want to be creating their latest drinking story. Since I do tend to look for conversations in addition to great information from my Twitter feed, I’m hoping that these folks can give that to you as well.

The first one is a person that I’ve already had the privilege of talking to in person back in December and it’s the one who led me to Steve’s post in the first place. Beth and I ended up having a four-hour conversation that day near Reading Terminal Market. Call me a little crazy, but my days in Savannah taught me that a great conversation that gets you to think is a treasured thing indeed. I’m figuring some time in the near future that she and her husband and Bets and I could have a very long conversation indeed at a wine-tasting event (or it may be more appropriate to visit one of the many bars in Philly).

Actually, I think we’d have to change this one to be a bourbon-tasting event if Falls was involved. I’ve had the opportunity to meet Jason right after I signed up for Twitter at the first BlogWorld Expo in 2007. One long evening inside of the mall attached to the Planet Hollywood casino and a few messages later, I’m actually jealous that I can’t be in Louisville this weekend to hang out with him and Todd Earwood. Doe Anderson’s lucky to have him and I’m grateful to know that I’m a direct message, a Skype call or a cell phone call away from picking his brain – in person or online.

Andrea Lindenberg makes the list just because I think it would be a lot of fun. Then again, I think being at a wine-tasting event with the entire NBC 13 morning crew (and squirrel…in a cage) would be a lot of fun. I’ve spoken the most via Twitter to Andrea though, and it’s been great to get a glimpse at some of the chatter that may take place off camera during Today in Alabama broadcast and to hear a person behind the tweets. There are a few other folks I’ll point out in our media market in the coming weeks, but I’d say that she’s at the top of the list right now in terms of talking to her followers.

Photo: The Rock & The Wine at Sunset. jillclardy/Flickr.