Enjoying coffee off of the hotel lobby… 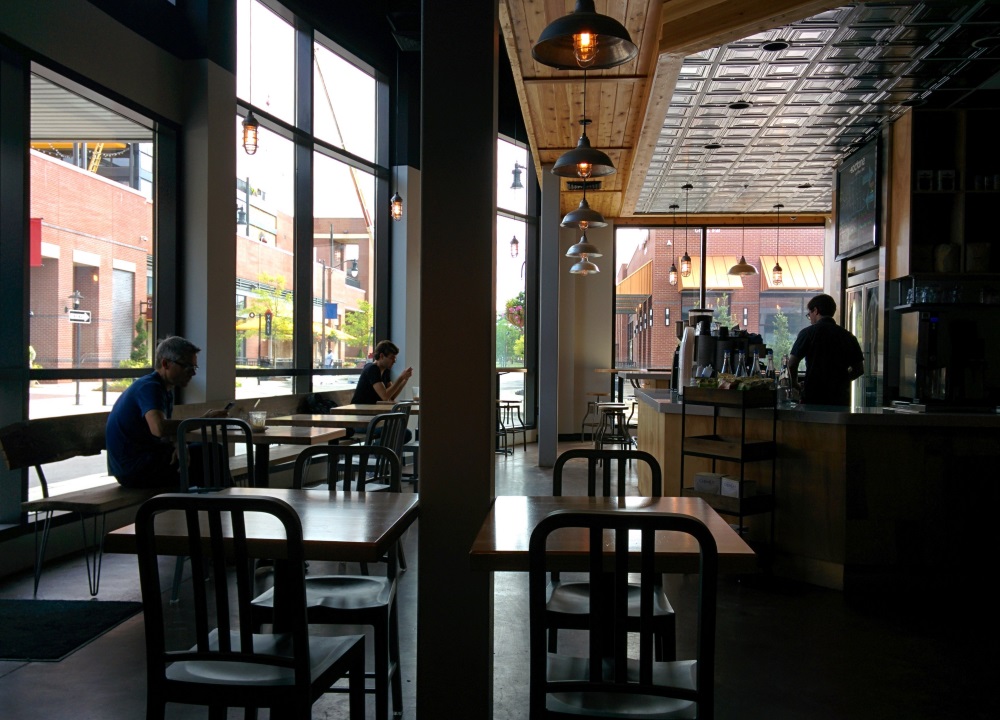 Dusting the cobwebs off of the posts I’ve never finished on this site’s back end, I was reminded of starting a piece back in January about being able to cross another item off the “things I always wanted to do just because it looked like it’d be cool” list.

There’s something weird about regularly working from a hotel; the words “unique” and “cool” also come to mind. I’ve often heard stories about those who used to rent rooms for the purpose of writing or setting up shop in the lobby. While my outpost is technically off of the lobby, it still means I’m working from a hotel. A laptop replaces the typewriter, but I still carry notepads, notebooks, and pens to capture thoughts conjured up while sipping on a cup of green tea or coffee.

There are many times in the last few years where I’ve said I’ve had the most exciting life possible so far. Very few people get a chance to live out most of their dreams before 30 (and squeeze a few more in before 40). I’ve managed a hotel; contributed regularly to a weekly newspaper and a monthly magazine; run my own website; worked for civic-focused nonprofits in two states; and traveled across the country by train. Now I get to regularly sit and observe the world go by from a seat at the Birmingham location for Octane Coffee. It’s been about a year since they opened – the first to open in a completely new (not previously used or renovated for their needs) space for the caffeine purveyor. It tends to be following a (long-standing) trend associated with hotels providing unique experiences to guests and locals alike. Short of going on a trip to find a room to inspire me (of which there are apparently many available — albeit pricey), it’s just nice to find inspiration nearby. Plus, I’m from a city that’s known for having its fair share of writers taking up residence (or just stopping by to enjoy the scenery).

There’s no set seat or table — it’s in a hotel. It’s not Sunday either, so it’s not necessarily a routine; it’s whatever I feel like having whenever I head over there. It’s the coffee house closest to my home, so it only makes sense to be a regular. I’ve learned there are many who’ve chosen to frequent the location because it’s not a regular place to frequent. Let me explain that Yogi-ism like statement – there are regulars, but it tends to be a place people go in not be in the public eye, or to avoid having to be seen. It makes sense though the traffic through the area continues to pick up (with restaurants like Bottle & Bone, Mugshots, and The Southern — and regular groups from Mercedes-Benz — leading the way).

It’s helped to expand my thinking and let me see another side to the city. It’s one that makes it easier to fuel optimism for its present and future. I’m also starting to believe I can finally tackle that first novel I’ve been wanting to write energized by the stories, voices, and experiences contained gleaned from watching atop my perch. It’s a strange reminder of the fun parts of the hospitality business — the unpredictability of events and priorities and the nuggets that are occasionally jostled in your brain from time to time that bring a smile to your face.

Not a bad place to work, is it?