NOTE: One thing I’m practicing as I return to daily writing is the idea of not publicizing every single post. There are some that just need to live on the site just because — and this is one of them. 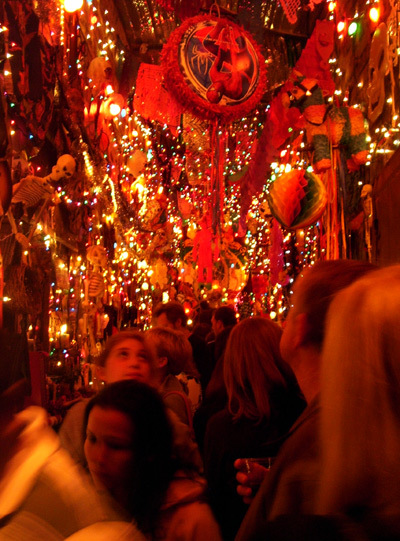 I saw someone at an event on Saturday (during that day with no agenda). Part of a larger topic of conversation during the brief exchange involved the annual local Dia de Los Muertos festival held the following day. (Incidentally, the photo you see to your left is from the 2007 festival on Birmingham’s south side.) Granted, we were at an event inspired by that festival as we talked about it. The person then made a comment that went something like, “I’m going to the one over #####, the one with actual Mexicans.” My heart sank for a minute (though I pretty much knew there was no malcontent truly intended by the individual), and then I remembered another lesson I’ve embraced in recent years: it’s one thing to talk about diversity, it’s another thing entirely to have grown up in diversity.

UPDATE: Shortly after I published this post, I found this great post from Teresa Odom explaining the festival. I’m also less frustrated than I was originally, but I still feel like my post needs to live online as I keep encountering the mindset suggested above more and more while feeling unsure about how it needs to be tackled moving forward.

Yes, it’s probably a harsh statement, but it’s a true one. I never really thought about diversity the way I do now while up north. I knew there were differences and tension, but it wasn’t as if I didn’t grow up with a virtual diaspora around me. The building I grew up in alone had representation from every major section of the United States, western and eastern Europe, central and South America, the Caribbean, Asia, etc. I haven’t even gotten into the various religions accounted for across those sixteen floors. There was always a sense of pride about one’s background and what was authentic as a result. It’s something that influenced portions of my life in Savannah – my mechanic was from Trinidad; I frequented a Caribbean restaurant owned by a Guyanese family (who were impressed the first time I ordered roti (I’m partial to dhalpuri) and nodded when half-way through them attempting to explain what I’d ordered to protect me I said, “My father’s from San Fernando and my mother’s from La Brea;” and I made a concerted effort to support a bakery opened by a woman who came by the office seeking business assistance because I “knew” how she’d make currant rolls (themselves an interpretation from several different cultures) and sweet bread. 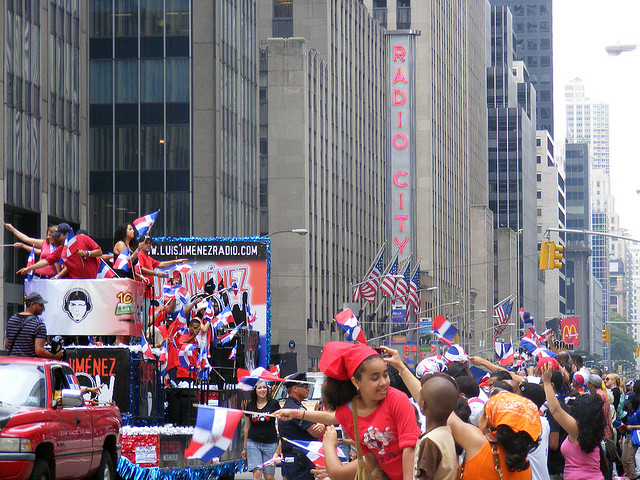 Despite the perceived exclusivity, there was also a desire to embrace others willing to learn about the various cultures as well as not always turning away from those willing to add their perspectives and experiences. I always think of my love for baseball basically stemming from my maternal grandmother’s fascination with the similarities between it and rounders. One of the things I’m looking forward to on my next visit back to the Bronx is trying out some of the Vietnamese restaurants that have apparently popped up close to the apartment. There is a genuine interest in learning more about another culture without ripping its core out. If you approach with a desire to learn while preserve, it always ends up being a lot more beneficial to all. I still smile at how much things like the West Indian Day Parade on Labor Day in Brooklyn has transformed how some view or glean from the Caribbean diaspora (It’s still fun to see when the Times runs pieces like this one about a doubles restaurant on Nostrand). The same can be said of the city’s annual Dominican Day Parade (this photo’s from 2009).

It’s tough to be the cultural police for everyone without coming off a little stand-offish (or even a little snooty). While not intended, it makes it tough for people to want to explore or to be willing to have a conversation or explore. Living in a city where exploration is dependent on how reliable one’s car is — and how comfortable you’re made to feel in certain areas — makes one acknowledge issues that make acceptance a little harder than it needs to be. Then there’s this whole thing about providing a true media ecosystem serving the needs of the community without simply falling into a common trap of sensationalism.

Perhaps as civic pride continues its return to the city, it will also learn it can’t function with the guarded approaches of its past — or else it will short circuit. It’s not as if that type of diversity hasn’t been experienced in this community for decades — it’s just how one chooses to acknowledge it and continue to push it forward for the greater population. Hopefully part of that future involves me getting a chance to try out a new approach for currant rolls as cinnamon bun. After all, it doesn’t hurt to grow your experiences and boundaries.