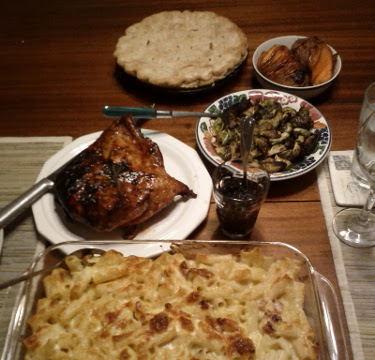 The past few weeks have seen folks on Facebook posting reflections on what they’re thankful for this year. Some have posted daily; others have compiled lists. It’s similar to something I felt compelled to take part in a couple of years ago thanks to Michael Chruchman of the Alabama Environmental Center.

Network television stations are asking folks to use hashtags on Twitter and Google+ to make it easier to share why they’re thankful with others. I’m interested in seeing how #WhyIAmThankful will fare throughout the day…

We’re thankful all year long, but holidays and the gatherings they encourage make it easier to take a moment and reflect.

They’re quite similar to thoughts I had just a couple of years ago.

I’m also thankful for those of you who stop by from time to time. Best wishes to all of you on this Thanksgiving Day whether or not you’re in the United States.

Photo: A reason to give thanks. acnatta/Picasa