Prepping for Charm City and the Nation’s Capital at springtime 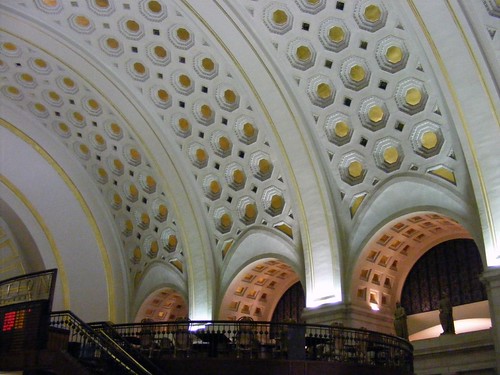 I haven’t been in Baltimore or the District of Columbia at springtime in a little over eight years. It’s been so long that I don’t have any photos from either city that weren’t taken inside, have snow on the ground, or include really heavy coats. That changes a week from this coming Sunday when I return to Charm City and the Nation’s Capital for a few days.

The main reason for this trip? I’m leading three sessions at this year’s National Trust Main Streets Conference. The sessions will look at how to approach developing an advanced strategy for online communities in commercial districts in addition to some basics to keep in mind when establishing a blog and a Twitter account. It’s my second foray into the world of urban revitalization this year (the first involved being one of the design professionals for DesignAlabama’s Mayors Summit back in February) and a chance to wrap the brain around the issue of economic development.

A side benefit? I get to see old college friends and surprise their daughter on her eighth birthday. There’s also that rumored Karaoke event that might take place in DC provided I still have a voice.

Something to consider as I’m preparing these presentations is the idea that I’m going to be re-inserting my voice into the ever-changing world of digital media strategy while coming at it as “someone who used to be one of them.” Them is one of the largest networks of urban revitalization and economic development professionals in the country.

The simple version of my talk – know what you want out of it (or figure it out, quick).

The statement is easier to make than to practice. A few questions I’ve been wondering about programs as I created a Twitter list of programs (one I’m still adding more to – hint, hint):

It’s fun working on a presentation that can change right up until just before the start of the talk thanks to the speed of the Internet. It’s just as much fun when you realize that the answers really don’t depend on the tools but on the approach. I’ll try tackling them over on UC in the coming days.

It’s also a lot of fun to get to go back to cities I’ve enjoyed visiting before and see folks I haven’t in a long time, particularly when it’s the Main Streets community. Three years have passed since the last time I attended a conference, so there’s a lot of catching up to do with those who still attend. There’s the excuse to satisfy my CakeLove, Busboys and Poets, and Faidley’s obsessions (and a pint of Natty Boh could be in order too).

Thanks to scanning some tweets, it appears I’ll be in an investigative mood for at least part of my trip. ßetamore looks worthy of a site visit to Baltimore’s Federal Hill (even if it’s not open) and there’s bound to be some additions to the stuff happening on H Street in DC.

Plus, I finally get a chance to earn that Charm City badge on Foursquare. This is supposed to be a blog about adventure, isn’t it?

Just in case I have some free time, I didn’t know if there were any other suggestions out there of things to do in either city…