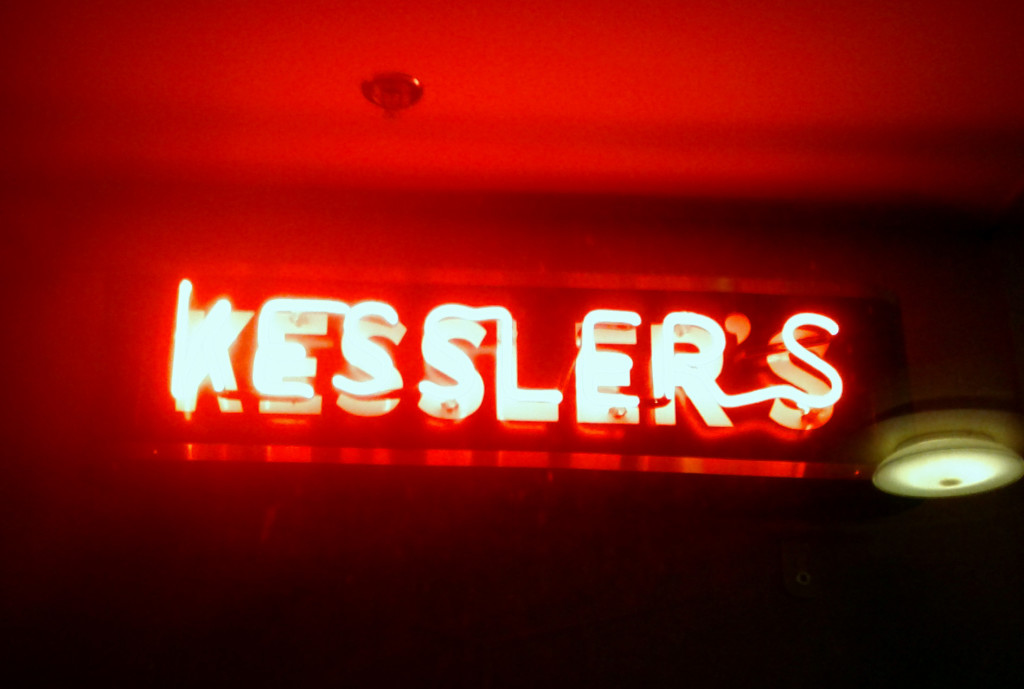 I’ve had the opportunity to know Jay and Amy Taylor since shortly after arriving in Birmingham back in 2004. The first neighbors we got to know in Goodall-Brown, I probably miss the ability to just go down the block for a drink and a conversation most of all.

Saying that they and Jay’s family weren’t putting their all converting the Kessler Building into lofts in the midst of Birmingham’s theater district would be an understatement.

The building was originally named for B.H. Allen and underwent its last major renovation in the 1950s. The Kesslers incidentally were from New York. The article scanned and available online via Birmingham Rewound shares some information about the work done during the summer of 1959.

The building’s even gotten a shout-out over on Preservation in Pink after Kaitlin came through town for a visit back in 2009.

This sign is located in one of the display windows near the front door. While it’s noticeable all of the time, it probably sees a lot of attention at the end of the year, when the windows are decorated for Christmas and folks leaving a show at the Alabama may just find some time to walk on by…

As always, feel free to check out the rest of the Neon in Birmingham posts on the site.