Today’s Reverb10 prompt (by Alice Bradley) gets me thinking about release:

The short answer is simple – I let go of myself. 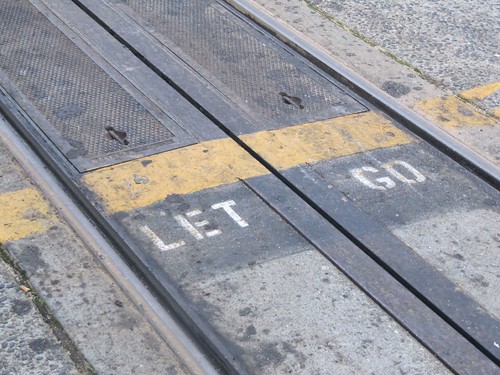 It’s taken most of the second half of this year and I’ll probably need to continue into the beginning of 2011, but I’ve been slowly letting go of what I thought I needed to be (and it’s been helpful).

I’ve released the belief that folks following my life using social networks like Twitter and Facebook actually know what’s really going on with me. It’s led me to believe that I needed to let go of the need to be accepted or understood.

I had to let go of people who I’d turned to for guidance and support because they’d been called home, though their departure has helped me move forward on my journey. It’s forced me to let go of my fear of failure and to push through more often.

I’ve started to let go of clutter – or at least I’ve started to do so. Letting go of uncertainty makes it easier to unpack the boxes and bags to make organizing easier.

Probably the most important lesson I’ve learned from starting to let go, from releasing myself from a self-imposed mental cage, it’s how to identify what I need to reach for and embrace in the next twelve months and beyond:

There’s probably more, but those seem to be a pretty good starting point.

I’m letting go of commitments that were supposed to advance my career but instead stifled it. I want to do those things that I enjoy doing without having the fun taken away.

I’m able to embrace those things that are good for me, including new people and concepts, thanks to being able to let go.

What have you let go of this year? What needs to be let go of as part of next year’s journey?