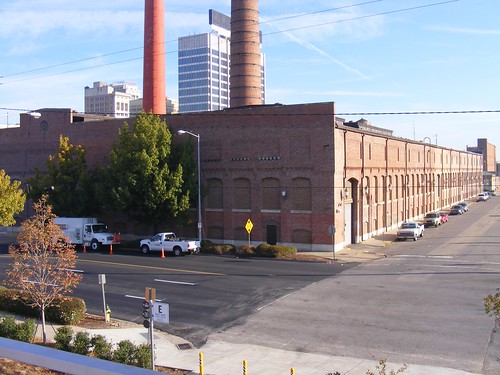 Apparently I’ve been thinking a lot about dreaming recently – see the last two posts if you don’t know what I’m talking about.

This week’s upcoming Food Summit‘s got farmers markets on my mind as well (or at least access to fresh food). So of course it means that I’ll want to do some dreaming about an potential farmers market situation for Birmingham…

The first real trip I ever made while working for Main Street Birmingham was to Baltimore, MD for the National Trust Main Streets Conference (next year’s conference will be in Des Moines, IA and I’m already trying to figure out how I’m getting there). One of the things that stood out to me from the trip was how the various markets scattered throughout played an important role in the daily lives of those that lived close by. The ability to have access to fresh produce is immeasurable as are the social opportunities that occur naturally.

There are many people currently focused on the future of the area surrounding Railroad Park. They are particularly interested in how the area will change and what kind of energy and vitality will result from those changes.

The change of “for lease” signs to ones that read “available for redevelopment” is a dead giveaway. Then there’s the conversations taking currently taking place about the new ballpark slated for construction with rumors placing it to the immediate west of the park…

I’ve got my eye on the current Alabama Power steam plant located on Powell Avenue between 18th and 19th Streets South as a key to the surrounding area’s level of activity – as a farmers market. The photo at the top of this post shows the building as it looks from the pedestrian bridge on Railroad Park’s eastern edge.

Yes, I’m aware that there are some who view the space as a “cultural furnace” as discussed during the master planning phase of the park’s development. If it were to go in that direction it could possibly serve as a space that housed a satellite location for our museum of art and various other arts organizations.

It’s interesting to keep in mind though that Birmingham has become a home to an ever-growing foodie culture, supporting serving locally produced food. Several of those locally owned restaurants though are within walking distance of the park, including Brick & Tin, Trattoria Centrale and Cafe DuPont. Unless something’s changed recently, you’ve also got the planned second location for V. Richard’s slated for the ground floor of the Pizitz Building. Culinard‘s cafe is located a short stroll away at Innovation Depot.

The city also continues to lay the groundwork for emphasizing a healthier lifestyle – especially important considering that the state’s largest employer is currently a medical institution (as skillfully pointed out in today’s edition of The Birmingham News ). 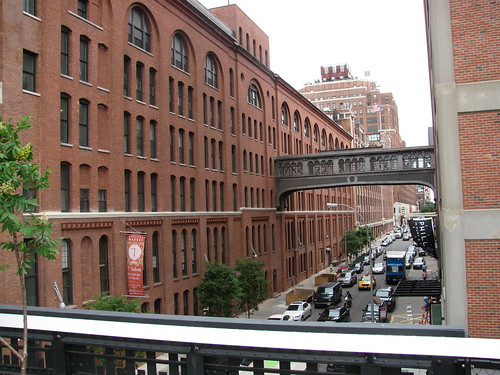 Organizations and efforts including Jones Valley Urban Farm, Champions for Health and the Southern Environmental Center‘s continuing ecoscape program also lend themselves to a community that could become well known for how they educate themselves and others about healthy lifestyles. Adding something like a farmers market to the area would provide even easier access to fresh produce for farmers and for those residents that will undoubtedly be moving into the area as condos and apartments begin to spring up.

The image up at the top of the page reminds me of another view that I’ve yet to enjoy as of yet in person. The Chelsea Market serves as a destination along the completed portion of New York’s High Line Park. It serves as a successful adaptive reuse project in one of my hometown’s most energetic communities. Markets located in other cities (like Seattle’s and Philadelphia’s) tend to provide a venue for being social – in real life.

One thing for folks to keep in mind is that this should not prevent the creation of other permanent or temporary markets across the city. It really shouldn’t be a question of either/or at all. It should be a question of how to provide amenities to as many people as possible throughout the region, with this being one potential addition to a total solution.

It’s also important to note that Alabama Power has yet to actually give any public indication as to what their plans for the structure will be when its taken out of service in 2013. But it is important to start the public discourse from now so that when a decision is made, it is something that many will appreciate and benefit from.