When the first WordCamp Birmingham was held three years ago, it was a lot of fun.

We squeezed 60+ people into a black box theater at Birmingham’s Virginia Samford Theatre on Southside and enjoyed ourselves immensely. 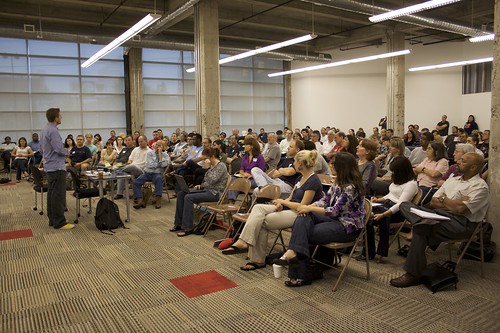 Last year was a lot more stressful but in the end it was quite educational and exciting. Without really trying to do it, we were able to provide campers in Birmingham a chance to interact with the creator of WordPress (Matt’s the one standing in the picture to your left), a 2009 TED Fellow and one of the more respected bloggers on technology in the Southeastern United States.

This year, I know that a lot of stuff has fallen through the cracks. Add the health of my mother, my cat and the need to pull out of a dark hole emotionally and financially, and it has not been as stress-free as I’d hoped (despite a promising start). I’ve come to understand why some may get burned out with regards to the community and the platform in general, despite my dedication to it not happening to me – yet.

This is after having the location nailed down in March, having the official website revamped by late Spring and seeking input and interaction from those who’d attended last year in the planning process so potential speakers would have an idea of what attendees wanted to learn about.

There are emails that I should have been able to answer within seconds that I’m still searching for proper responses. There are emails I sent months ago in hopes of being able to have answers for pressing questions before our sweltering Southern heat arrived that I’ve still NOT seen replies to. Life has happened as well, leaving people with less free time to dedicate to organizing an event like a WordCamp in these tight financial times.

I’ve learned that it may not be the best thing in the world to have several tech events  back to back all clamoring for finite sponsorship dollars in a tight economy.

It’s also scary to reach out to speakers that aren’t within driving distance when you can’t offer them more than dinner and a free ticket as it is a fair question that must be answered when asked. 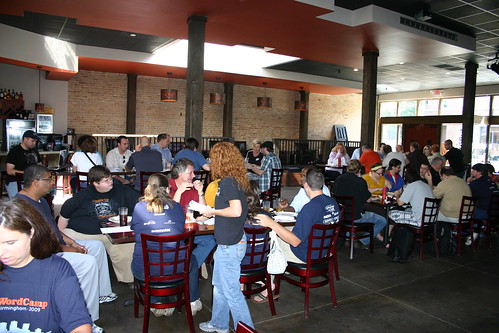 I recently wrote (annotated version to be posted here later this week) that one of the reasons to continue to organize WordCamp Birmingham was to bring together the entire regional community so that they could meet and learn from each other. There are more connections than ever between these various groups but it doesn’t hurt to find new ways for them to become connected to others.

Hopefully come Tuesday morning many people will respond to the need to register by Friday afternoon so we can accurately estimate t-shirt and lunch numbers. Hopefully we’ll get some folks interested in volunteering that Saturday and Sunday that will come out this Friday (location to be announced on the website on Tuesday evening) to go over the logistics of it all.

There are a few folks stepping up to help make this year’s conference a reality – and providing a helping hand for what had become a one-person meltdown. I know that it would be an understatement to say how grateful I’ve been for their help in recent days. Chris Davis, Henry McBride, Wade Kwon and Sara Cannon will be joined by others to make sure that it comes off as the start of a true community for Birmingham, but it makes sense to highlight their efforts now before it gets much crazier.

What else have I learned (or been reminded about) this year?

Build a community. – The long term viability of a WordCamp in Birmingham, AL (or anything that follows it) will be based on if and how the community comes together to determine what gaps need to be filled in terms of learning about WordPress in all the ways that it can be used and blogging in particular. One of the hopes this year is the development of a monthly meetup where instead of getting together and just drinking that we can actually provide continual assistance to each other with regards to this ever changing platform.

Balance the needs of content creators with those of developers. – There is a growing community of WordPress developers in the region. There is also a growing community of content creators – particularly among those that once graced the pages of magazines and newspapers based in the metro Birmingham area. There is need for both but folks need to realize that one should not suffer for the other, regardless of platform. WordPress isn’t just about blogging, but it’s still what many users in this city turn to it for – at least for now… 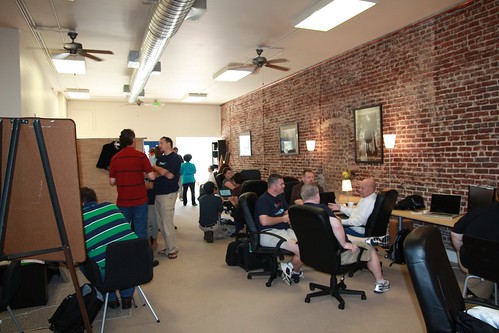 Have fun. I used to live by that mantra – why do it if it isn’t fun?

I remember telling my staff at the newspaper in college and at the inn years later that if you’re having fun, you’re probably enjoying your job and doing it well. Recently I realized that I wasn’t having fun with several things going on, including WordCamp. Building a community didn’t seem as important as folks proving “whose kung-fu is the best” to me and themselves – a sad state indeed.

I’m looking forward to making new friends and reconnecting with old ones while we learn a little more about something we all love using. Isn’t that the point of it all when it’s all said and done?