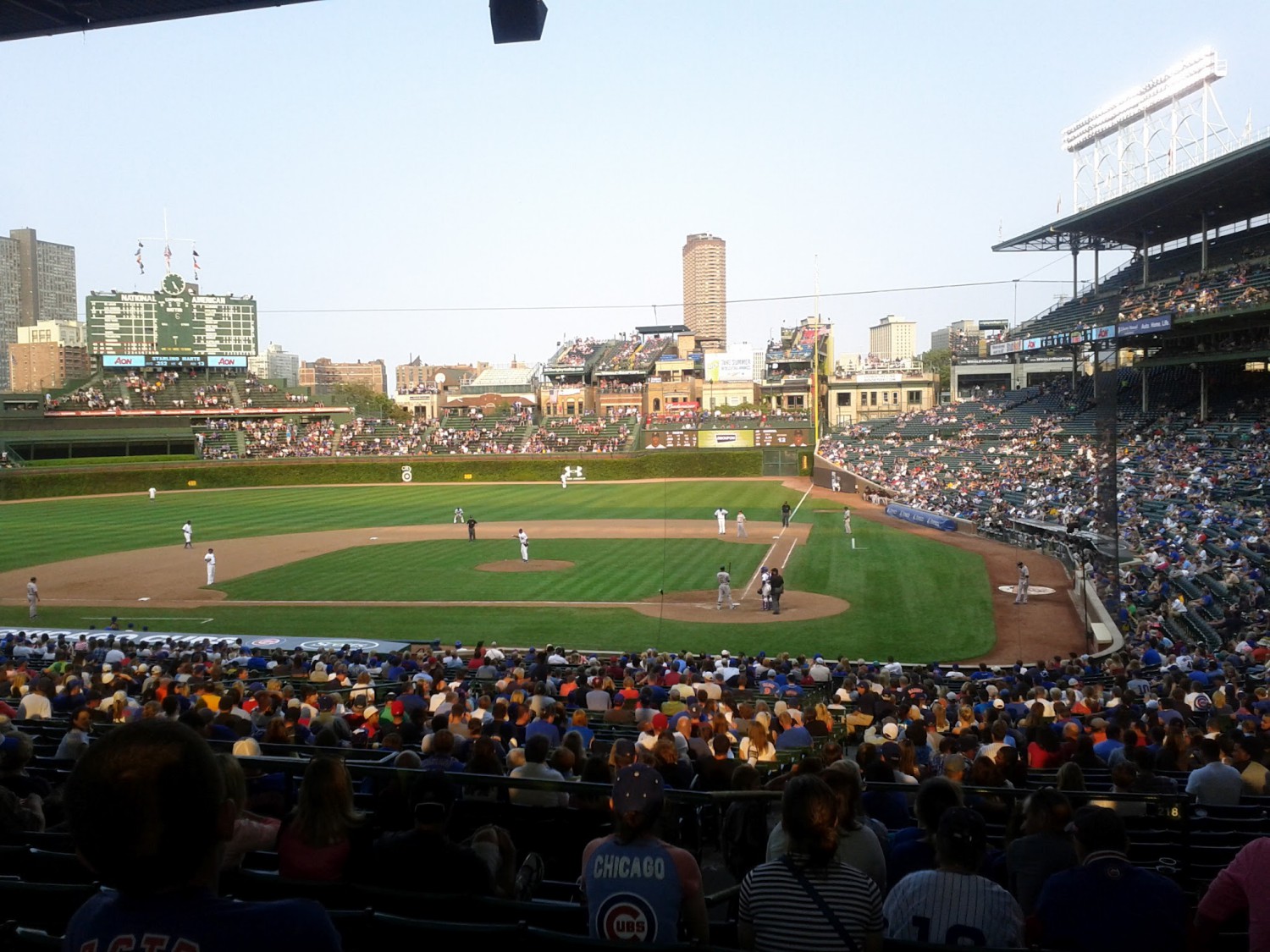 We don’t win all the time. Gloating about it when it finally happens isn’t good either. Some life lessons from observing the corner of Clark and Addison.

END_OF_DOCUMENT_TOKEN_TO_BE_REPLACED

When should we reminisce about baseball legends?

Last night a lot of people got upset during a very well played 2014 MLB All-Star Game. The issues raised were vaild ones, but it did start to make me wonder just how deep were we really willing to dig to point out the current situations flaw…

END_OF_DOCUMENT_TOKEN_TO_BE_REPLACED

I once wrote for a college paper about the importance of the ballpark to the development of the city. Now, I’m getting a chance to have a ballpark help me redevelop who I am – while watching it be a beacon of change for a city constantly looking for symbols of success.

END_OF_DOCUMENT_TOKEN_TO_BE_REPLACED

The sun sets on the Great Cathedral

The lights will go out tonight on my Cathedral. It is not the last event at the historic 85-year old Stadium in the Bronx. However, barring one of those magical comebacks that the New York Yankees are known for, it will be the last time that baseball is played at the corner of 161st Street and River Avenue – in that building.

A new one rises, visible off in left field. It looks similar to the one that closes tonight and the Bronx County Courthouse is said to still be visible over its right field walls, but the echoes of Bob Shepard’s voice haven’t yet filled it and a visual trigger of my childhood memories and dreams will disappear into the pages of this site and the recesses of my mind, only to be called upon when needed.

My memories include my first game in 1990 against the Royals. I saw my childhood idol, Don Mattingly, hit a home run into those right field seats and saw him win the game with a double in the 11th. Not too often you get bonus baseball for your first game.

I remember the baseball that I still have that Ken Griffey, Jr. hit into the upper deck during batting practice one evening in 1991 (I went to the Stadium after school so I could watch batting practice with a bunch of friends). I remember the first and only time that my grandmother and I went to watch a baseball game, sitting through a 3-hour rain delay just so we could say that we watched a game together  (I believe it was against the Tigers – the team wasn’t as important as the memories). And the game I got free tickets to when Rickey Henderson first signed with the Blue Jays and made his first trip back to The Bronx.

END_OF_DOCUMENT_TOKEN_TO_BE_REPLACED

Birmingham, AL is fortunate to have the Double AA affiliate of the Chicago White Sox playing in Hoover’s Metropolitan Stadium. The Birmingham Barons have been…