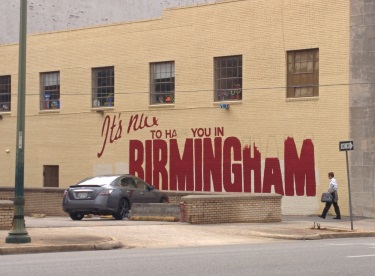 Monday marked nine years of existence for this little corner of the Internet. I spent most of it (and a significant part of yesterday), attempting to move it and Urban Conversations to new solid state drive homes. It was one of a few plans I’d spent the last few weeks just plugging away at with varying degrees of success. I wanted to see if I could pull it off.

There was a random request for a sounding board (and a lengthy conversation with customer support about why my site redirection wasn’t working properly), but I did figure most of it out on my own. A post probably needs to be written about how I did it, if only to provide another way. It got me thinking about what I’ve had the chance to learn since that first post on Blogger. Most of them seem to center on patience. I’ve probably got some others locked away, but these stood out:

There’s ALWAYS another way. I’ve met a lot of people who think  there’s only one solution or they get so used to having the only solution. I’ve let that mindset drive me to do some interesting things over the years myself. The desire to rush has been tempered by a desire to weigh options (to the point of being seen as a detriment by some). I can edit, but why would I want to after I’ve already clicked on “Publish” for all the world to see?

Listening speaks volumes. Some appear to use platforms like blogs and social media accounts to pontificate. Yes, everyone with an account is a publisher and they wouldn’t be online if they didn’t have something to say. It does make a difference though when you take a step back and just listen to what’s happening around you. It’s amazing what you’ll notice and what you’ll take from an encounter when you’re not just focusing on the next counterpoint.

Sometimes you need to wait. This goes along with the last one. There are times when space is needed or things must develop before moving forward with a blog post, a conversation, or a life choice. Don’t let someone else’s timetable dictate your plan if you can help it.

People matter. Considering what I just wrote up above, perhaps a better way to say this is say “stories matter.” Data by itself is a vacuum, but context and perspective make it more. We can write anything we want nowadays, but people pay attention when they see what their action (or inaction) mean. People also help make living easier, especially when they’re accessible. It helps to know how to connect and many of those conversations in coffee houses and on porches have helped me become a better person.

They will see you how they choose, though you can help. There are month-long stretches nowadays where I will spend my mornings sitting on the front porch looking out towards Red (and Ruffner) Mountain. When I finally step foot in Urban Standard, there will always be someone there to tell me how I’m always there. This means they don’t know everything about you. That’s OK. At the end of the day, we’re only sharing a slice of life via pixels. It will help others determine how they view you, but unless they’re willing to ask deeper questions (and you’re willing to share those answers), they’ll only know what those pixels show — and what they choose to let them infer. It helps to listen to find out what that is, but it doesn’t mean you let it control how you feel.

Take a chance. I’ve logged a lot more miles than I ever thought would be possible just because I was willing to see where things lead. Those chances mean I’ve got some great stories to share with those willing to move past the usual topics. Those chances have also meant an insanely vast network of people out of town I consider friends — and that’s a good thing.

Make time. My mental escapes involve morning yoga (Yoga with Adriene has been quite helpful in this regard) with running and a hike occasionally squeezed in for good measure. There’s also an increasing queue on Netflix to be watched and gardening to be done. It reminds me that the world operates outside of the digital realm and how much fun it can be.

Be you. The best thing I can be is me. It’s an epiphany I’ve only recently come to embrace. It also means I’ll let you know if I think the snark’s getting a little too heavy or if you’re being a jerk (perhaps it’s my inner New Yorker returning to prominence). It’s funny how often folks will tell you what you need to be (even me offering my general opinion right now).

Cherish the ride. I had an encounter earlier today where I found myself paranoid after hearing some giggling from folks just after they’d walked past. Knowing the folks in question, I probably shouldn’t have let it bug me at all — it’s not worth it. I’ve let a lot of those types of things get to me in the past, but then I think of all of the opportunities and experiences I’ve enjoyed for the last ten years in Alabama — and I remind myself that I’ve been a lot luckier than most. There are times when it’s been rough but I still have a roof over my head, people who care deeply, and a journey that continues to throw curves when necessary.

Thanks to those who’ve stayed around during this ride so far, whether it be at the two sites mentioned above or over on The Terminal (which is seeing a few cosmetic changes in the coming days). I really appreciate it.

(Incidentally, it hasn’t even been 48 hours, but I’m loving my A Small Orange experience so far — yes, it’s an affiliate link.)