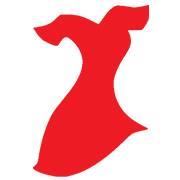 Today I got dressed in red about a week early, planning to camp out at a coffee house and then attend a few events to fulfill my obligations as part of Social Media Volunteers Week for the Birmingham affiliate of the American Heart Association. I figured I’d take the online/offline approach and see what happened.

Little did I know we’d see the amount of snow here in Birmingham and the effects it would have on the region. It’s tough to compete with hashtags like #snowpocalypse, #ALsnOMG, and #SnowSleepover, but that’s what happened today. It was a lot of fun and I’m extremely grateful for the Heart Association and Matt Hooper for inviting me to take part.

So why attempt to raise awareness for the American Heart Association during what’s arguably one of the biggest weather events in recent memory?

I had a good college friend taken away from his daughter this summer before he got to see her go to her first day of kindergarten, at the top of his game. Presscott McDonald was one of the sweetest souls I’d ever known while in school (and a damn good photographer) and he lived life to the fullest.

I can still remember the phone call I got the night before I was supposed fly back to Birmingham from Colorado in 2008 telling me, “She’s going in for a quadruple bypass surgery tomorrow, but you don’t have to come home,” only to be told after the procedure was over that we almost lost my mother on the operating table. I was grateful I didn’t listen to the warning and to the generosity of my friends. She’s still with us and I’m grateful.

I didn’t get to send out all the messages I wanted to, or be as irreverent as I could have been, because there was something else going on that showed, despite constant finger pointing, that the people of this region are genuinely some of the most caring I’ve ever come across this region. I spend a lot of time watching the world go by nowadays when I sit in front of the computer. I’ve seen the best humanity has to offer and the blunt force words inflict. There are folks quite absorbed in their own self-importance and ready to wave a finger at anyone even if the act in question is merely a reflection. Hug those closest to you tonight and stay safe as events like the aftermath of this snowstorm remind us that humanity is a powerful tool indeed.

Keeping that in mind, I hope everything possible be done to raise awareness for an organization like the American Heart Association to continue to help people live healthier lives. If you get a moment (and you’re so inclined), follow them on Twitter or Facebook. They provide a lot of useful information. You can share your stories whenever you happen to stumble across the Red Couch. Here’s mine from last year.

Plus, the week’s not over yet either; you’ve still got chances to see what Jen Barnett, Samantha Russell, and Heather VacLav will do behind the controls of the social media accounts.

I’ll be going red again next Friday. I hope you’ll join me in doing so.