Who’s the best? It’s a matter of opinion. 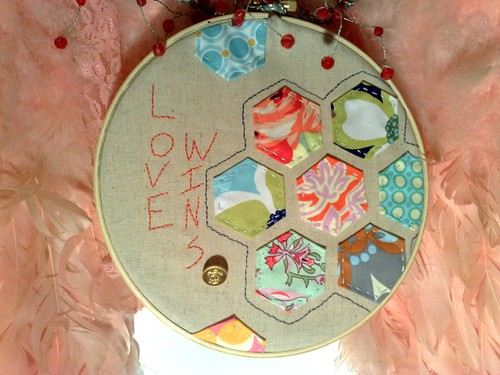 There’s a question that was floating around in my head for the better part of the last week as I tried my best to respond to an email request to nominate someone as a great user of social media. I didn’t respond not because I didn’t want to, but because I’ve gotten to a point where it’s not as big of an issue for me as it may have been even a couple of years ago.

So, the question is:

If there’s no right way to do social media, how can I single out who’s doing it better than anyone else?

I am sitting here writing a post about it though, so it must have sparked some thoughts…

I look for folks who are being themselves. I don’t expect a show, or a stream of information just because they can provide it, unless it’s what they choose to do. It makes for some interesting digital relationships and some creative opportunities for collaboration and conversation. The recently announced changes to the functionality ans size of Twitter lists means I can follow a lot more thoughts without necessarily connecting with them on a deeper level. I’ve always said it’s about engagement since it otherwise wouldn’t really be social, but I’d argue there are some who are quite happy simply receiving the information shared. There’s also the need to remember common sense reigns supreme when it’s all said and done.

Some choose to be an open book while others like showcasing one slice of their life. It allows us to feel as though we’ve escaped only hearing from the mainstream at the cost of sometimes only being plugged into the niches and corners without looking around. There will probably be a way to measure this at some point in much the same way we talk about the best way to prepare for and give a presentation or tending a garden, but I don’t know if I’ll ever be able to meaningfully contribute to that discussion when the time comes. It will still be subjective, with someone taking the objective facts at hand to prove or disprove. There’s a TEDx Talk Brandon Stanton (of Humans of New York fame) gave last October that already had me thinking about this:

I tell folks I accept I’m a digital extrovert. It means whenever I feel like saying something, I turn to the keyboard or a microphone to compose my thoughts. There are many I’ve connected with online that I’ve met in person and others who exist as an avatar, providing useful information and context to help shape, change, or develop my beliefs. It’s led to some great interactions over the years, even if some of the in-person interactions with them are rare because of distance. It also means I get a good bit of grief when I often decide it’s saner for me to sit on the porch, not be wherever it is I’m “supposed” to be, and watch the world go by instead of being as vocal as some think I should.

It doesn’t make me good or bad at using social media, it makes me someone who’s figured out how to use the tools in a way that makes me comfortable. I assume that’s the way a lot of folks actually approach this ever-changing digital world.

Here’s the rub – I know continued success seems to be measured by the number of times those accolades are heaped onto you. It’s tough to wonder where the vocal support is when you’d rather give them the praise they need instead of what they want. It’s even tougher when you know just how fickle we as humanity can be and how quickly “doing it right” becomes “doing it wrong.” No matter how hard you try, the moment tastes change, you’re out.

Be willing to explore when someone shares a link or a tip, but remember we’re all still trying to figure out what it all means and most of us know we don’t have all the answers.

Maybe that’s why we still seek to give someone the title of the best? It’s our excuse to force ourselves out of our virtual shells and make us think about taking a different approach. Just don’t wait for those examples before you do your own thing.