Highlights of The Road Trip (by the numbers) 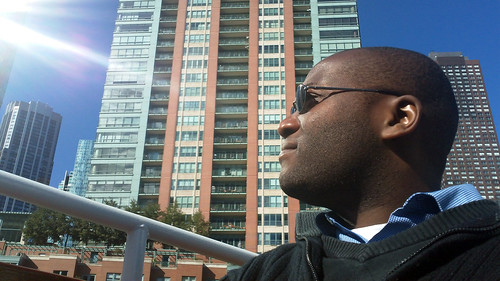 It only hit me this weekend that my recent journey was the closest thing I’d come to having a vacation since I left Main Street Birmingham in 2007.

It’s not to say that I haven’t traveled and had some fun adventures along the way, but most times those trips have had more to do with the ever-changing direction my career’s taken in recent years. It hasn’t been easy to disconnect from work (when it’s been there) – especially when it can be done from anywhere.

This helped serve as a necessary reminder of how easy it can be to get lost in the bubble and get dragged into a routine that can make it hard to recharge – and how simple it can be to disconnect for the right reasons.

I’ve become a data person and looking at the numbers, I did a lot during this trip:

How badly did I need to get away? Duane (my AirBnB host in Boston) felt it necessary to remind me to have fun. When I landed at Logan, I was there for business – at least mentally. A few hours later sitting in Fenway, I remembered how much fun life can be when you let yourself escape.

I found myself enjoying a side effect of having a Palm Pre that doesn’t like to hold a charge – you can’t easily be reached. It also means you can just wander around and hope for the best – including a place that will actually let you plug your phone in long enough to make a call or send a text when absolutely necessary. It was a big part in being able to process everything I learned while I was out on the road.

It’s not that I don’t try to disconnect when I’m here in town; it’s the idea that I’ve let too many voices influence how and why I do what I do instead of my own (and those with other agendas). It just means that I need to be making an even more conscious effort to enjoy those disconnected moments than I was before – that and the need to find more ways to enjoy life disconnected with limited resources. I stopped worrying about missing things a while ago; now I’ve gotten better about not worrying about what others think about that choice.

Speaking of limited resources, I can’t wrap up without saying one huge digital “thank you!” to Michele McLellan, The Patterson Foundation, ONA, Bill McMullen, Alice Platt, Jessica Murray & my brother for making the two-week decompression possible.

Photo: André on a boat. acnatta/Flickr.