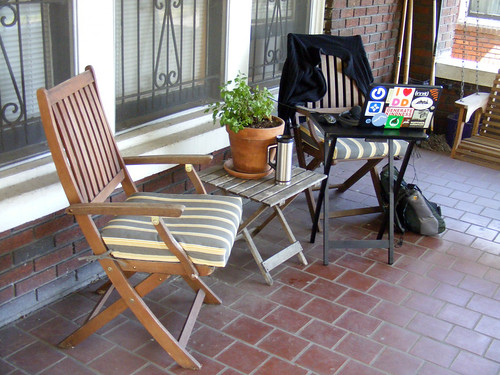 Before I forget, the most important lesson I took from my two week journey through Boston, New York and Chicago is to stop being scared and start being productive.

I came home from last year’s Block by Block Community News Summit ready to tackle the world (well, Birmingham, AL at least) with tons of new ideas and encouragement from a group of people I knew existed but hadn’t connected with previously. That excitement quickly turned to despair and concern upon learning about the launch of a new site in town and talk of others following. Site launches hadn’t really bothered me as much before then but this time it played to one of the issues I saw in Birmingham – one I knew would be tougher to solve than any other.

While people were aware of my site – and others like it – operating in the local digital space, it wasn’t as many people as you’d expect in a metro area of 1.2 million. You’d also expect diversity of opinions and perspectives; what you don’t expect is as much duplication as exists.

I’ve discovered over time that Birmingham is a city where people who want to solve problems don’t always work together. I found it ironic that I had to travel to Chicago to finally meet a fellow online publisher who’d been operating a site in town since last fall. It was finally nice to talk though…

I recently wrote a piece for the Journalism Accelerator that’s sparked a nice conversation that’s needed about how community news sites approach becoming sustainable. In my case this sustainability does not just need to be focused on the financial side but also on the ability to stay relevant and to serve the community not just as a source of information but as a platform for discussion.

I got my batteries recharged again this year not just in Chicago but at this year’s Online News Association conference. I was lucky enough to get the chance to take an active role in both events – I was one of the participants in the “If I Were in Charge, I’d _____” session in Boston while I was happy to be a last minute addition to Joy Mayer’s panel discussion on engagement in Chicago.

Those opportunities – and visits to a few ballparks – have empowered me to hit the ground running now that I’m back. Well, the site being down for about a week also helped me start approaching it as a do it when it’s ready issue.

I’m hoping to expand on the original mission of The Terminal as a way to tackle the sustainability issue. I’m investigating ways to grow it as a brand – working with other organizations to take new approaches to fostering those discussions I wanted to influence early on. This includes learning from ideas being implemented by larger media organizations and reaching out to some voices that haven’t been as prominently featured in our local online scene (at least not the way I want to highlight them).

I’m also willing to accept the role of publisher and what it means. It gives The Terminal a seat at the table. It also allows me the chance to rewrite just what that seat looks like and what it does for the conversation. The site has always taken a closer look at things like urban revitalization and issues. Now it’s time to take advantage of that knowledge and the trust the site still has with some of its fans and see what happens. I’ve already got a couple of opportunities to do just that and I’m looking forward to seeing where they lead.

Finally, it means taking advantage of what I’ve learned during the last 4+ years as it pertains to communications and engagement and using it as a way to make money for The Terminal. I hinted at the need to provide services to the audience the site serves in the JA post (with a specific reference to the folks at 435Digital in Chicago). Luckily, I’m already getting a couple of chances to put that into practice.

I’m most interested in seeing what happens as a new trade group of local independent online publishers fleshes out its purpose and we see the benefits it provides. I’m just as interested in seeing what happens if we can start doing regional conversations about what’s going on in the world of local community news. There are many sites covering cities with populations of less than 100,000 people but there are several in the Southeast covering larger cities and metro areas that will no doubt benefit from increased interaction and sharing of best practices unique to where we live. The conversation’s started, but it needs to get just a little bigger…

The sun’s out and I’m working from the front porch enjoying one more day of trying to make a difference in my community. Being around people who believe in that was more helpful than anything else I could think of. I haven’t stopped meeting and emailing since I got back – and things just seem to keep moving on.

I’ll fail at some things, but that’s part of the fun of being involved in Wild Wild West that is the world of online journalism in 2011. I’ll probably do a better job at citing specific lessons in the coming days but this brain dump was necessary and cathartic.

Here’s to what’s next – what is that exactly?

Thanks for these thoughts, Andre. It was great to see you in Chicago and to have you in the BxB cabal!