Random shots: Are we willing to slow down? 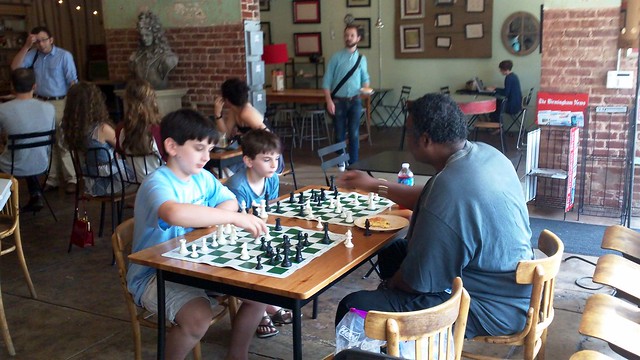 The young man in the blue shirt looking on intently while his instructor makes his next move is a particularly interesting study. He’s already starting to think about what that next move will be as he’s watching his opponent make his.

Sometimes you can think a little too far ahead though and miss out on a simpler solution. The ability to be open to any and all possibilities is something that very few people practice. It’s something that’s been said to be a valuable lesson learned from playing chess. I’d almost argue the same point when playing Scrabble too, but I digress. Patience seems to be something that’s in less supply than ever before.

It’s a shame since some of the best lessons worth learning stem from being willing to take a step back and survey the situation. It also means being willing to learn at all times, even when you think you’re letting someone explain themselves while you’re already thinking of why what they’re saying is wrong.

Perhaps making sure that we empower our next generation with the skill to listen intently and fully to everything before making their next move is paramount? Maybe…

What do you think?