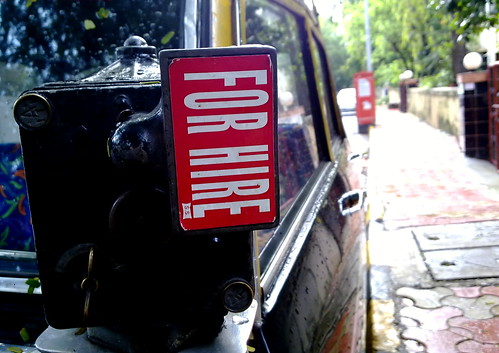 For the last few months, I’ve been doing something that most people didn’t know about. I’ve been looking for a job.

Betsy was terminated from her position back in mid-January and considering The Terminal has never generated as much revenue as some people think it does, the effort intensified.

This leads to a little known fact even among those who knew I was looking to potentially re-enter the work force – I’m willing to shut The Terminal down if it means stability. Please note I typed stable, not perfect.

While I’ve hoped that I could land one of a couple of part-time opportunities that would allow me to continue working on something I’m extremely passionate about, the realization that it may not be possible crept into my mind more and more. Those efforts for full-time employment haven’t been successful either.

After attempting this exercise quietly for some time, I figured it was time to publicly hang my digital shingle out and see if my network of colleagues and friends could help me secure something. I was empowered to do so after seeing Beth Harte’s post earlier this week.

I have learned more from operating The Terminal in the last four years than I ever thought possible. It would be an understatement to say I’ve acquired a fairly decent understanding of coding (particularly PHP, CSS and HTML; I’m also attempting to learn webOS) though it’s enough to be dangerous. I can also edit video, write, maintain and manage digital outposts like Twitter and Facebook. I’ve also been able to apply what I learned while securing my Certification in Professional Main Street Management™ during that time span, providing on-site assistance for state programs and getting the pleasure to present at an annual conference.

I’d love the opportunity to get a chance to continue exploring all of these new digital tools for journalism and their effects on economic development. I’d love a freelance or virtual opportunity though I’m fully aware that it may simply not be possible. Having worked in the nonprofit world I’d also have no problem returning to it.

I would be available to report for duty on or after Monday, April 25 as I’m already committed to a conference taking place the week before. I’d love the opportunity to stay in the Southeast (particularly in Alabama, Georgia or Tennessee) as it would allow me to get to Florida in case something were to happen with my mother (I’m currently the relative living closest; my brother is up in New York). I would be willing to relocate if necessary outside of the region, though I would need assistance with moving costs.

My CV is available in digital form over on Urban Conversations, including links to a PDF of my resume and my LinkedIn profile. Recent B-Metro articles will also be available to review from that page tomorrow morning.

I’m also launching an effort involving The Terminal soon that if successful could be a solution unto itself, though it will take time.

I wish I could help! I'm glad you put it all out there. Smart move.

Best of luck to you Andre!

Good luck on your job hunt. I hope that you find something really soon. I also really hope it is in Birmingham. Good luck & I'll keep my ear to the ground.

Andre, I am so glad that you made us all aware of what's going on and what you are looking for. It took me three months to write that post. It was hard to do something that isn't normal or perhaps might be perceived as "not professional." But today's economy isn't normal and we should all use all of the tools at our disposal and tap into the networks of friends and colleagues we have spent years building. Otherwise, why did we bother?

Through this adventure I have learned that people are more than happy to help and are generous and kind in doing so.

If there is anything I can do for you, call me. You know I am here for you and Betsy.

Hey Andre. Here's something I wrote a while back that will help guide you: http://www.davemadethat.com/2010/06/18/10-minutes-coffee-and-a-chat-can-land-you-a-job/

Keep your chin up. I know that looking for work is never fun, plus you deal with rejection, which isn't good on anyone's ego. You'll land something soon, I can feel it.

Anything I can do to help Andre please let me know as you are a tremendous writer and a man of great character.