#reverb10: Time for some action 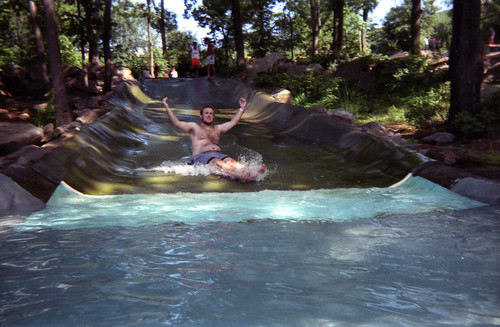 Do you take action or sit back and wait for something to happen?

I’ve done a lot of the latter and very little of the former in recent years – something that would shock the folks that I went to college with. It’s something that’s got to change – and soon.

I’m hoping that it’ll go back to “normal” in the coming months. It’s time to jump back into the pool and try to swim again. Getting a #reverb10 prompt to force me to write about how is pretty helpful too:

When it comes to aspirations, it’s not about ideas. It’s about making ideas happen. What’s your next step?

I spent a lot of 2010 waiting for people to help me move forward. The goal for 2011 is simple – stop waiting and push through – finding the help you need along the way.

Some next steps are already out in the open. Now the rest of them will be too:

The key will be making sure I focus on the day at hand and simply enjoy the moment – ironically the basis of my last #reverb10 post.

It’s time to make a bigger splash – I’m hoping a few folks don’t mind getting a little wet. I’m hoping a few of you may want to share your plans of action, but I understand if you don’t want to.

Like the thought of pushing on through. By publicly stating our plans in Reverb10 I think we're all like to make' em real. Thanks for sharing