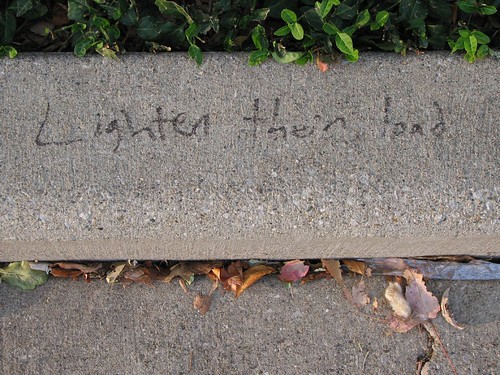 What’s holding you back from being all you can be?

Besides the veiled reference to the long-running Army recruitment ad campaigns from the 80s, that question was also the first thing that entered my mind after seeing Sam Davidson’s #reverb10 prompt.

For those who’ve been following the series from the beginning, I blame seeing Sam’s tweet for finding out about and taking part in this month-long period of reflection. While I wasn’t surprised to see him contributing a prompt, a was surprised that he asked us to think of eleven things…

What are 11 things your life doesn’t need in 2011? How will you go about eliminating them? How will getting rid of these 11 things change your life?

Anyway, here’s an attempt at a list, influenced only slightly by some of the topics covered in Sam’s new book (but sorry, it’s going to be a lot shorter than 11):

The way I feel, if I have 11 things to get rid of next year, I wasn’t that successful in reducing the stuff in my life this year. There are eleven things that I can do contained within those three categories, including:

The overall point is realized; I’ve got to continue to lighten the load and remove the barriers from being content with life. I’m not really sure if I believe that a list of goals will be beneficial, though it provides a framework from where I can start. It’ll be a matter of staying focused…

What about you? Any plans to lighten the load in 2011?