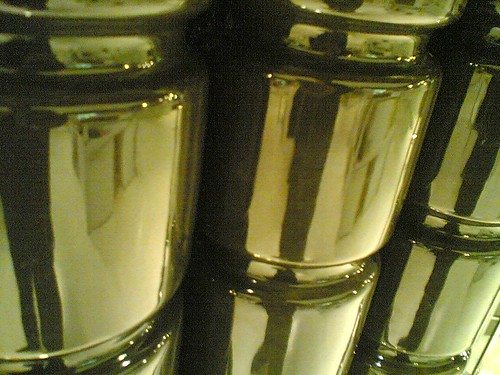 I’ll blame (and thank) Sam Davidson for making it easy to discover #Reverb10 this evening. I’ll allow you to discover what the process is for yourselves. I will invite you to come along with me as I delve just a little deeper into my mind and reflect on 2010 while looking forward to 2011 for most of the next 31 days while also making additional posts to the site.

Encapsulate the year 2010 in one word. Explain why you’re choosing that word. Now, imagine it’s one year from today, what would you like the word to be that captures 2011 for you?

There are several hopes that were never realized, plans that I was never able to follow through on and several relationships, both professional and personal, that suffered. As it often is in life, there are things that I wish I knew then that I know now that would have made many of the events easier to deal with. I’d say the most difficult thing about this year was dealing with depression and the various reactions – some supportive, some flippant. I’ve turned to two things I’d cut back on – coffee and running – to help start to get out of the rut. Writing’s been quite helpful as well, though there are several posts that still haven’t seen the light of day (yet), including one marking five years of blogging back in July and lessons learned since walking across the stage for graduation ten years ago. Hopefully I’ll find a way to finish those and a few others before the New Year’s arrives.

It probably could have been stressful, though there have been several good things to come of the last twelve months. A major portion of my year seemed to focus on trips made to Chicago, IL. The first one allowed me to plug into the world of CityCamp and meet great people like Kevin Curry and Steve Ressler while showing me that thinking about technology as a reasonable solution for making government more transparent and accountable wasn’t that crazy at all. The second trip, for Block by Block (a chance to fulfill the goal of speaking at two national conferences during the 101),  made me realize the potential that The Terminal has despite probably not feeling as though there’s as much support for it as there once was. It also gave me access to a community that I only wish I could tap into more often for support and conversation.

The hope is that 2011’s word will be Invigorating.

I’ve been taking a good, hard look at simplifying life and focusing on things that I think are important and meaningful. It’s led to resigning from some boards and tonight will mean one more modification of my proposal to the Knight Foundation before the 6 a.m. deadline (hopefully I’ll be able to post it up here tomorrow). I’m looking forward to settling into enough of a routine to be comfortable instead of life being a constant stream of reacting to awkward and disturbing situations.

I’ve learned that I appreciate the in-person interaction I have with people more than anything else and that I want a few true friendships to develop rather than the expansive world of acquaintances. I look forward to using the entries on this site and Facebook and short messages on Twitter as tools to help find out exactly where those people are. I also look forward to enjoying relaxing with those folks once I finally connect with them offline about… life offline.

Perhaps a better word for 2011 will be lived. Only time will tell.