#reverb10: The beauty is in the differences

A former boss in Savannah told me that the best and worst thing about me is that I can study and analyze a situation to death. I’ve always wanted everything to be perfect all of the time – even when I know that it’s not possible. I’ve learned to realize when that works for me and when it doesn’t. I know it annoys folks because they feel as though I should be willing to make a decision immediately. 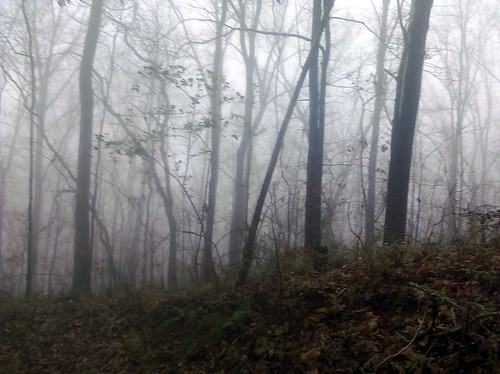 I’m quite sure that watching me approach today’s #reverb10 prompt would drive these same folks crazy:

I don’t know if what I’m about to share makes me beautiful, but I think it definitely makes me different (or at least shows just how this crazy mind of mine operates).

I wear my emotions on my sleeve and used to have no qualms about sharing those feelings with anybody at any time. I’ve since learned that I don’t get to do that as much anymore just because you never know. That’s sad.

Living in the South after growing up in The Bronx with Trinidadian parents definitely lets me bring a different perspective to what I see happening and why I’m constantly battling to avoid naysayers even as voices around me suggest that I should simply pack up and move on to something easier.

I probably don’t like hearing about why something won’t work because I have family who’ve constantly proven that things can be accomplished. A couple of examples – one uncle has served as a mayor & an executive vice president for a large company; one cousin currently holds a high-ranking government position in the Caribbean. The idea of failure is something that doesn’t come easy to me. Maybe I’m too passionate about what I believe. If I wasn’t though, could I really say that it’s something I believe in?

As a result, I’m a scrapper. I don’t like being told by others that I’m going to fail just because they would. I don’t like to be told that something will fail only to see someone else try it the same way.

I’ve come to realize that being a scrapper while being labeled as an introvert is not ideal at a time where things are based on whether you show up or not or if you’re being socially acceptable just because. I remember my AP English professor in high school saying that moving down South would turn me into a Southern gentleman. I believe the bluntness that I once had and that I’m finding again is keeping me from that goal.

I know I for one am quite happy about that.

There were other things I could have talked about. There’s being an urbanist who enjoys hopping on the highway for long drives on weekends (when the car works that is). I could opine about being the Yankees/Notre Dame fan brave enough to wear the school colors in the South no matter what. I could even brag about being a big city boy who sometimes enjoys nothing more than taking a nice long hike into the woods as a retreat (e.g., that photo from Ruffner up above).

What makes you beautifully different? Inquiring minds want to know.