Why photos of ties? 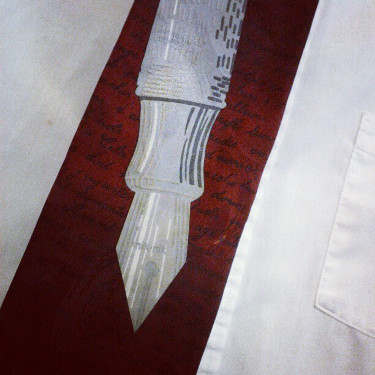 Folks who’ve been paying attention to my Facebook or Twitter feeds recently have noticed I’ve been wearing ties (a lot of them) and sharing photos of them. It’s the majority of my relatively new collection of Instagram photos.

Those who’ve known me since high school or while in college won’t be surprised. Attending a parochial school means amassing more than your fair share to wear to class. Working at historic inns and practicing economic development for nonprofits is an excuse to add more to the collection. After all, I was wearing one to work at least three days a week.

What happens when you no longer have to wear ties that frequently?

That’s been my situation since mid-March 2007. They’d seen limited use for the preceding year too. Despite the occasional use for weddings or church on Sundays, they’ve become acquainted with the inside of my closet.

There’s a perception held by some outside of the digital world that we don’t dress as we did in the corporate world (including ties) since we’re trying to be more free-spirited and relaxed. I find it ironic those assumptions exist since many of the people I’ve met through entrepreneurship and consulting are among the most organized and rigid people I know.

Well, The Tie Chronicles stem from my just wanting to take photos of my ties before wearing them. Why post the images online? I figured I’d be able to record just how big the collection had grown before I started retiring a few due to stains or fraying – perhaps using some in a quilt or a pillow. Plus, I just figured some folks would be interested in seeing them. 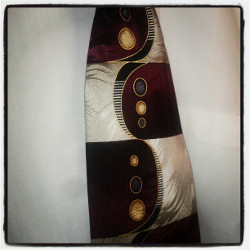 It’s a digital record of something I’ve long cherished in my life. There were some I thought I’d gotten rid of (apparently far less than I thought I had); there were some I realized I miss a lot. Holding a few of them reminded me of certain people or special occasions. All of them tell a story, even if only to me.

There’s no rhyme or reason to the order I’m wearing them and they’ve generated more conversations than I thought they would. Some have asked if I would share those stories since I’m sharing the photos and I think I’ll be able to share a few of them in the coming weeks.

If nothing else, it provides some structure from which I can work…