A prayer for peace (and a request) 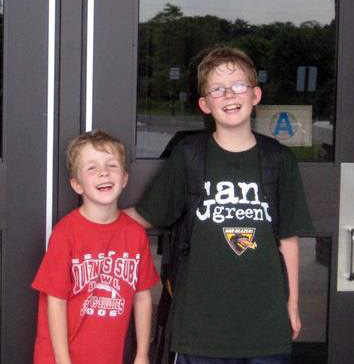 I wrote a post over on my other, slightly more professionally focused site last week about what Land’s End was able to do by being a social business and not one solely driven by broadcasting the company mantra. The issue in general is something that’s been on the minds of others in recent days, including Jay Baer after his recent experience on a Southwest Airlines flight and Mark Ivey taking a look at Coke’s Honesty campaign.

I’ve never gotten the chance to meet Brian Murkison – I’ll blame my ability to bury myself into a hole and want to work too much. His brother’s one question has sparked a community of people who are currently praying that a doctor’s diagnosis isn’t the final chapter in a crazy holiday season. It’s help to remind me that there’s something to be said about the need to think about how important some things will be in grand scheme of things. It also made it very difficult to edit the post with an update earlier today about Brian.

Is it more important to win a popularity contest or to make a lasting difference in your community? Should you pretend life is going great or should you lean on those you know – both physically and virtually – to help you get through whatever your facing?

The story I wrote about meant more to me than most because the people being supported and lifted up, including Ben and Brian’s parents, David and Ellen, are ones who will forever hold a special place in my heart. They helped me get through a period of life where I would have rather died instead of fought on because I was willing to let the words of others define who I was. I leaned on that group harder than I think I should have been able to for an extended period of time and more than some of them may realize. Ten years later, I’m being reminded of just how special they are and just how I could come to my definition of the word home. I wish I could do more for them.

All I want for Christmas this year is for them to know peace and to feel the warmth of a community of friends and strangers who will continue to care long after the attention has faded away. The ability for them to experience that request means more than any physical thing or award that I could receive this holiday season.

If there’s one other request I can make of you, it would be to gather pop tabs from any of those cans of soda you’re drinking from and taking them to your local Ronald McDonald House or find out how you can help at the one closest to you. I’m including direct links to the ones located in Savannah, GA and Birmingham, AL).

Thank you – and cheers.