#resound11: Knowing what a name really means helps (a lot)

It gets annoying after a while…

One of the things I’ve been doing over the last few months is researching the last name and its meaning, since I’m tired of hearing folks immediately equate “Natta” with “nada” – as simple as it is to do so.

It’s a bit of a sore point, more because of the battling through stuff this year than anything else. Luckily, I’m a sucker for doing online research.

That image you’re seeing over to your left, that’s the family shield. It was weird to finally find out one existed. This discovery led me to do something I hadn’t yet – look up the last name’s meaning in  Latin. The result wouldn’t have made a lot of sense if I hadn’t found the shield first:

Go figure. It’s a little more comforting, though a quick look at another way to interpret the last name is even more intriguing – since it’s also the name of a village in Benin in Africa (and located smack dab in the middle of the Slave Coast).

A little digging into some Norwegian slang led me to finding out it’s used to say “good night” by folks over there. It’s translated in Swedish as the infinitive of the verb nattar, used to describe putting children to bed.

I mean, there are even night stands named for us.

It was a relief to take that approach to researching the name since most online searches take you to pieces written about the 1963 Nobel Prize in chemistry winner Giulio Natta. Not that it’s a bad thing to have folks associate you with that… 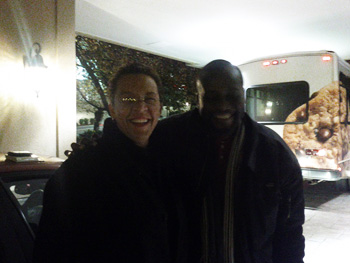 A recent visit from my cousin – and fellow New York native – Laura sparked the interest in really digging a little deeper. I hadn’t seen her in nearly 17 years and it was long overdue. She was also only the second family member to ever pay me a visit while in Birmingham (though I wasn’t the primary reason for her trip). reminding just how out of touch I’ve been in recent years despite the fact that it was probably needed and necessary.

It made me realize just how much I wish I knew about my family and why I do the things that I do. I figured the last name was a good place to start since the conflicting meanings behind my first and middle names are quite funny – well, not really.

My oldest uncle on my father’s side had done some research pointing to a much stronger Italian connection that I’ve been able to find so far, but I really haven’t talked to many of them in several years (save the increased number of texts between my brother and I). Tackling even this small amount of research so far has helped me think of how I want to approach a few things in the coming year a little differently than I’d intended.

Photo: Laura and Andre in Birmingham.

UPDATE: After taking a look at the post again, I figured out it also fit the bill for my #resound11 post for the Day 15 prompt:

What discovery did you make in 2011? What kind of impact did it have on how you view the world today?