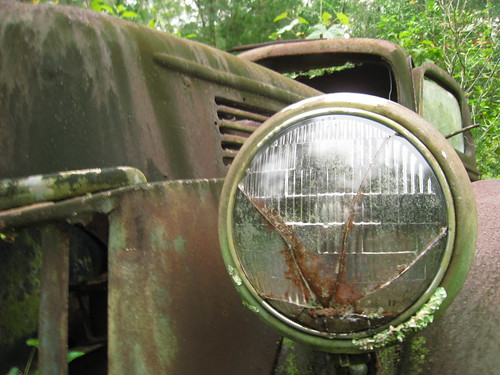 One of the longest-lasting memories of my life happened on the evening of May 10, 1997. We sat in the added front rows seats of the Johnny Mercer Theatre at the Savannah Civic Center (the result of my then-girlfriend working at the box office and securing us said seats).

There were certain things I should remember a little more, like Kevin Spacey “working” as their roadie for the evening while in town filming “Midnight in the Garden of Good and Evil” (and well before he ever thought he’d be scolding cell phone users as Richard III) or just the sheer number of folks in attendance.

Instead, I remember waiting for some time and then being amazed at just how tight The Wallflowers sounded, almost as if we were sitting in on a studio session. Jakob Dylan appeared from the back and started the concert with what’s got to eventually go down as one of the best roots rock anthems of all time.

By the way, no, this video’s not from the concert. It’s from one of Dylan’s solo performances last October in New York City.

I’ve seen them perform on other occasions, but nothing beats that first time (or that performance of “One Headlight”).

This will be my first (and out of order post) as I participate in #resound11. It was the easiest one to jump in with though:

“If your life was a television show, what would its theme song be?”

If there’s anything I miss about the Buick actually running, it’s the ability to pop Bringing Down the Horse into its CD player and letting it repeat “One Headlight” as I drove around the Low Country and the Coastal Empire years later as an escape. This year, I found myself searching for the video online to have play in the background often and I’ve recently saved a copy of the album version to my smartphone. If there’s ever a year where this song could serve as an anthem, this was the one.

It’s always been a song about battling through life in my head. The disjointed story conveyed in the song’s lyrics (and its original video) is one that takes a much deeper meaning after you learn their actual meaning.

This year was about battling through and knowing that there was some support there even when I wasn’t aware of it. It helped to figure out that some folks weren’t following along to cheer on overcoming (and helpful to jettison some of them from my life as a result). Sometimes holding on to the past became a necessary evil as I wondered if I’d ever be able to enjoy a future. Recently I got another more poignant example to hold on to for the coming year – in the form of a map.

The song has another, less understandable message for me – one I recently shared on my Facebook wall:

When you learn the differences between friends and acquaintances, life gets a lot easier.

Whether online or off, the ability to accept the differences and what it means in terms of approaching life helps tremendously.

It means folks will see cryptic messages and not understand what they mean while others are nodding or cheering or crying for you (& vice versa) in the coming year – without caring about the negative comments from those who don’t understand. “The maze of ugliness and greed” becomes easier to navigate once you know where you can turn for help – it is my life after all, not theirs (as eloquently stated recently by Amber Naslund).

The words “C’mon, try a little” are ones that constantly need to be played in my head throughout the day as a result. The coming year presents some new challenges and the knowledge that it’ll be a little easier to get through thanks to that network of folks is humbling and relaxing.

After all, “nothing is forever” – even difficulty.