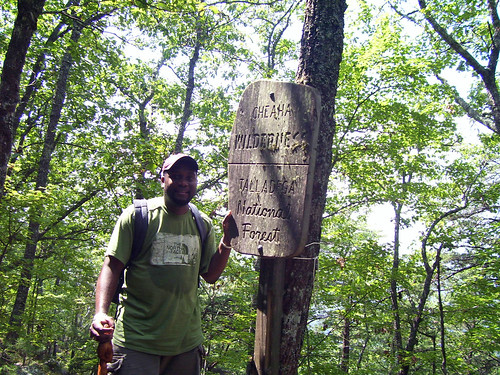 I didn’t write a post celebrating five years of blogging last July – at least I never finished it. I didn’t think it was necessary. I didn’t think I’d done anything special except make it long enough to keep writing for another day. Kind of like hiking Cheaha – kind of…

There are a lot of folks that probably wonder if that’s an accurate statement. This will be the 553rd post to Dre’s Ramblings. I’ve deleted more than 300 drafts. There are also 47 posts on Urban Conversations, the majority of the 3,000+ entries made to bhamterminal.com and the monthly columns that have been published in B-Metro Magazine for nearly two years. There are also more than 17,000+ tweets from five accounts (mostly here), more than 1,000 photos on Flickr, the columns once written on something called MySpace, and Facebook.

There have been 10 computers (mostly laptops, with the last 12 months seeing me go through four of them), one girlfriend (thankfully), and three mailing addresses. I’ve been able to speak at national conferences about things I love and help start things locally that I believed would help our region’s future leaders communicate better.

The work on The Terminal will soon send me – courtesy of  my third travel scholarship in twelve months –  back to Chicago for the second annual Block by Block Community News Summit. There are people I never thought I’d have the opportunity to talk (or share a beer) with or be able to reach out to – all because I felt like starting to occasionally share what was on my mind.

I’ve conquered the fear of flying and of meeting strangers long enough to head to San Fransisco, Las Vegas and Philadelphia. I got to go to the first CityCamp and enjoyed using experience from my previous career to work in Colorado (something I’m hoping I’ll be able to resume again in the near future).

I wonder – more often than people seem to realize – how I’m going to catch up on rent, despite folks thinking that everything’s OK. There are times when I wonder if I need to get back to “work” using that degree I earned. I also wonder how long I’d last if I started to feel as though I wasn’t really accomplishing anything.

It’s tough to believe it’s six years today since I first used Blogger to ramble about singing in the rain.

I hope those of you that have been along for the journey during the past six years know how much I’ve appreciated your willingness to read and comment. I’ll never know it all, try not to pretend I do and enjoy getting the chance to learn from everyone who felt compelled to write.

Whether you’re a blogger I discovered because of the Combloggerator or someone who’s stopped me and told me that you enjoy what I write, all I can say is thank you.

Now I’ve just got to get this domain renewed before the end of the day (and find some candy and iron, and refund some t-shirt money)…