Neon in Birmingham: Sometimes progress means we lose a sign 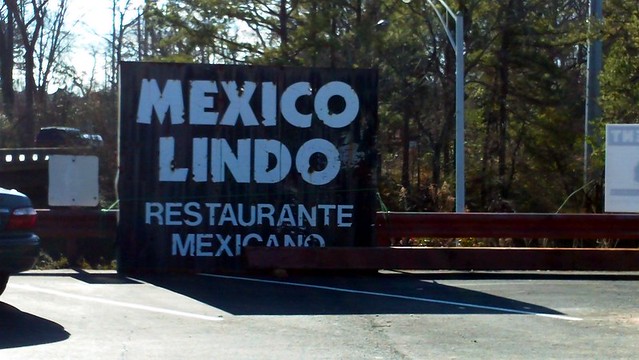 I’d gotten so used to seeing the sign as I sped past along U.S. Highway 280 on one of those trips over the mountain to find supplies (most notably Primavera Coffee) that it took not seeing it up on its familiar perch to get me to stop and take notice.

Granted, I’ve seen it more often in recent weeks due to the occasional visit to Over Easy for breakfast. The new breakfast destination is housed in the shopping center that Mexico Lindo once called home.

It plans to call it home again fairly soon, as part of the redevelopment of the strip – now called The Hollywood – by Shannon-Waltchack Investment Real Estate . 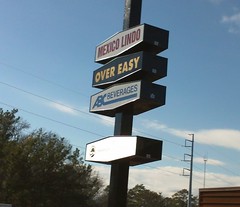 It’ll do so without the sign that announced it to those cars zooming by. It was taken down last week and replaced with a smaller series of signs that announce all of the tenants of that portion of the development. It looks like they aren’t finished though, meaning that there may be a new sign trying to get folks off the highway and sitting at tables…

Don’t forget to check out the rest of the Neon in Birmingham series.

I miss that place. Excellent food. When I worked over in Office Park years ago, my coworkers and I were over there at least once a week for lunch, and after Hollywood's/The Hearth closed (now a doctor's office) we were there every Friday for drinks after work. Good times.