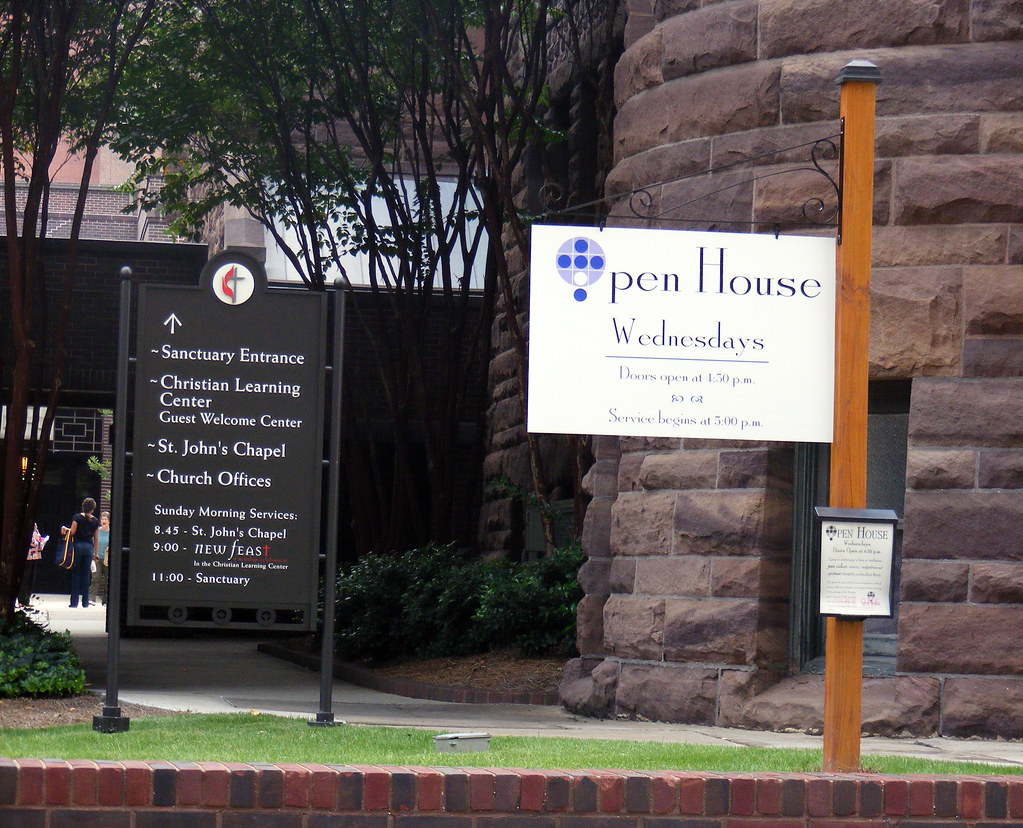 About a year ago I suggested that we create a group on Facebook for the church (registration may be required). I’ve had the official logos sitting in my inbox for the past year, and even set up the group, but never made the time to begin to organize it (i.e., inviting others to join). Other congregations in the metro area have turned to social media as a way to communicate with members, so it is something that just seemed to make sense. There would be people that might be interested in attending the service and finding solace for even a few minutes during a hectic week who may stumble across the group and as a result the church. I also figured that with the doors opening at 4:30 p.m. and the 30-minute service finishing at 5:30 p.m., there are opportunities to let folks know that you can still come in afterwards and enjoy the tranquility of the sanctuary after the service had ended.

The result is an experiment of sorts that, could be seen as a complement to the people that currently promote the service around the church on Wednesdays with flyers and the ability to answer questions on the spot. It’s important to stress that it’s a part of a larger outreach initiative, since I don’t think that you can stress that social media tools are not a replacement for face-to-face interaction.

The Terminal is currently running an ad for the service running on its main section, with plans for an ad to be run once a month in our new early-week newsletter. I now change my Facebook profile to say that I’m attending the service, using bit.ly to create a link to the church’s site and a description of the service. The group on Facebook is current and now posts an event each week listing the information about the service, with plans to also share links to the church bulletins and announcements about other church activities. I plan to begin changing my statuses on MySpace and Plurk to reflect the fact that I’m attending (and will soon add LinkedIn and Plaxo to that list).

For me It’s a chance to actually feel as though I can share something with this congregation. I recently said to some of them that if you’re doing everything you can for a group that you don’t feel as disconnected. I truly believe that, even if some that don’t know me well don’t agree. I haven’t been there a lot recently, worrying about covering that next month of rent and family health issues. This could potentially let me feel connected to them in another way, and it’s definitely something interesting to consider what I’m doing in light of getting ready to hear Jeremy talk about a WordPress based church website at WordCamp. The idea of tying new technology to religion (regardless of what it is) is very much a work in progress, as is all of the web right now. But it will be interesting to see what the results are (and to hear from some of you about exisitng models). BTW, I’d also be interested in any ideas you may have in terms of regular outreach as well. I can share more details as needed.