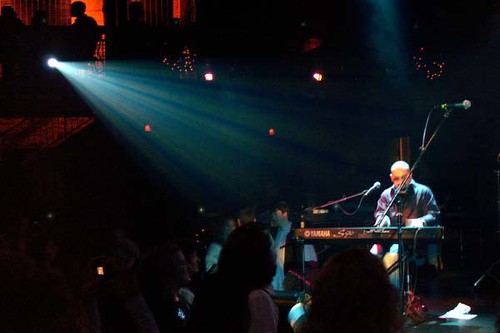 Last night the Little Memphis Blues Orchestra had a CD release party at WorkPlay. The opening act was Michael Warren. I think it would be safe to say that everybody had a good time. I’d say more, but it just wouldn’t do the show justice. This image of Little Memphis having some fun should just about say it all. For those that don’t necessary know them as the Orchestra, you may know them better as The Taylor Hicks Band. You’d also be missing out on a great live band, period.

We’ll let y’all know how the turnout is for this week’s rally in Kelly Ingram Park later on today.

UPDATE: The images from the show are up in this photoset. You may also click here to view images from the first time that we went out and saw the Little Memphis Blues Orchestra earlier this year.