Joining the kickline vs. standing out 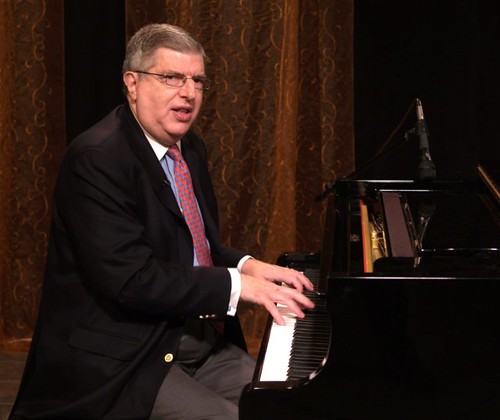 Marvin Hamlisch passed away on Monday. There were a couple of generations of New Yorkers and others around the world that could hum songs he’d written even if they weren’t old enough to know it was his work. I knew where the Shubert Theater was well before a lot of other Big Apple landmarks because of all those commercials for A Chorus Line (that vamp still gets stuck in my head quite easily)…

When I first heard of his passing, I immediately knew what song I wanted to hear. I also knew there was only one version that made the most sense. It’s the video that’s down below. It was fitting since it’s probably along the lines of what the folks over at The New York Times were thinking of when the news first broke. Don’t believe me? Take a look at the URL for the link in that last sentence…

There are a few important messages that most of us need to be reminded of every once in a while. If you’ve ever made an attempt to watch the film adaptation of this musical, erase it from your minds and think about its original intent.

If you know anything about the plot (and if not it’s been written about over, and over, and over again – there’s even a study guide that was created for the 2006 revival), it’s amazing to see how easy it is to become part of the kickline – part of the group. We often get at least one moment to shine and to let folks get to know us and our hopes, dreams, and aspirations. It’s  an opportunity to be the center of attention, the main event if you will. Afterwards we find it very easy to slide back into the kickline. There never seems to be time for a bow; you’re always kicking, always moving.

The ability to continue to fight for your dream every single day, knowing that at least you’ve tried your best; to one day be the “one” that everybody’s talking about – drives you even when you don’t feel like you want to try. It’s one of the reasons why we think we have to be somewhere specific in order to make it when it’s probably more about figuring out you fit into the puzzle (after figuring out if the puzzle is what you think it’s supposed to be) and what makes your piece important.

Are you doing it for the glory or because of your passion for the task at hand? Maybe it does, or maybe it’s a case of being able to determine when it should and shouldn’t matter…

That performance shown above gave everyone a chance to bow, a chance to be recognized. Wednesday evening will see Hamlisch get that opportunity to be recognized by his hometown one more time. That’s all we ever really want in the end, isn’t it? But should the recognition matter?

By the way, if that signature vamp just got stuck in your head, you’re welcome.