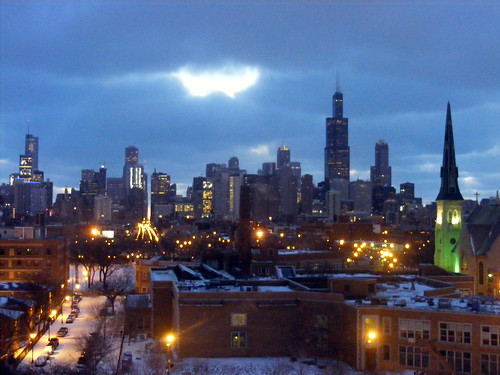 There is a familiar passage that is found in Ecclesiastes 3: 1-13; one that tends to remind us to take a moment and slow down and take stock of all.

While we haven’t quite gotten to the part of the story that includes the Three Wise Men, it might be an opportune time to remember that they took a different way back to where they came from. They also took their time getting there, though not necessarily by choice, enabling them to be open to receiving messages sent to them by God.

If there is any lesson that I’ve had reinforced during the last three years, it is one of patience and of waiting for the time to be right rather than rushing something just because. Whether it’s a friend giving me somewhere to crash, words of support when times are extremely rough or simply a smile, it’s important that we’re able to fully embrace any signals that can possibly be received. It’s also been helpful in terms of being able to change direction if you begin to recognize that you’re heading in the wrong direction – something that is much tougher to do if you attempt to force your way through a situation without stopping for that moment of reflection.

As Bets and I pulled in from our trip up to Ohio on Monday evening, we enjoyed the sight of the Regions Center wearing its holiday garb. When we lived downtown we considered it one of the treats of being downtown residents – a Christmas card wrapped up in a bow and ready to send to anyone that was interested.

Pulling into our driveway we immediately noticed that the Christmas decorations on the house next door, all bright and glowing for every evening since Thanksgiving, had already been taken down.

We sat there and wondered why folks seem to constantly be in that rush for desire only to be willing to quickly put it away before the season is truly over. At the very least, even if circumstances call for you to put away the trappings, one would hope that you would keep the spirit of Christmas and the Good News that it brings with you for as long as possible (perhaps throughout as much of the New Year as possible).

If we are His and He is ours, perhaps as you look over your list or resolutions this evening as we prepare to ring in a new decade, we should take a moment and reflect on Deuteronomy 11: 7-11:

But it was your own eyes that saw all these great things the LORD has done.

Observe therefore all the commands I am giving you today, so that you may have the strength to go in and take over the land that you are crossing the Jordan to possess,

and so that you may live long in the land that the LORD swore to your forefathers to give to them and their descendants, a land flowing with milk and honey.

The land you are entering to take over is not like the land of Egypt, from which you have come, where you planted your seed and irrigated it by foot as in a vegetable garden.

But the land you are crossing the Jordan to take possession of is a land of mountains and valleys that drinks rain from heaven.

As we make prepare to make promises to ourselves and to each other tonight and in the months ahead, let us try to align our goals with those that God has for us and commit to trying our best every day to live as He wants us to. Perhaps if we strive for that goal then the following words will take on new meaning to us:

Then I saw a new heaven and a new earth; for the first heaven and the first earth had passed away, and the sea was no more.
And I saw the holy city, the new Jerusalem, coming down out of heaven from God, prepared as a bride adorned for her husband.
And I heard a loud voice from the throne saying, “See, the home of God is among mortals. He will dwell with them; they will be his peoples, and God himself will be with them;
he will wipe every tear from their eyes. Death will be no more; mourning and crying and pain will be no more, for the first things have passed away.”
And the one who was seated on the throne said, “See, I am making all things new.” Also he said, “Write this, for these words are trustworthy and true.”
Then he said to me, “It is done! I am the Alpha and the Omega, the beginning and the end. To the thirsty I will give water as a gift from the spring of the water of life.

Sorry it's taken so long to respond Ruby. I look at the new heaven and new earth as a new beginning in tandem. It's probably a very idealistic view, but it's the idea of being able to approach new challenges and new opportunities while doing away with the old way of viewing things.

Sorry it's taken so long to respond Ruby. I look at the new heaven and new earth as a new beginning in tandem. It's probably a very idealistic view, but it's the idea of being able to approach new challenges and new opportunities while doing away with the old way of viewing things.

what meanings do you get from the scripture concerning the new heaven,and new earth?

"What gain have the workers from their toil?"

A nobel question that should be answered by everyone. Thanks for the great post Andre! Hope your holidays were merry!

Nice comments and sentiments Andre. Wish I could have been there to hear them in person. Rich