Living out of coffeehouses

I learned early on the myth that permeates the world of web workers about needing to escape their home office surroundings was quite true. I also learned that the idea of “living” out of coffeehouses was also quite real, and something that gives you a chance to get an even better idea of what’s going on in your community, hopefully keeping you grounded. 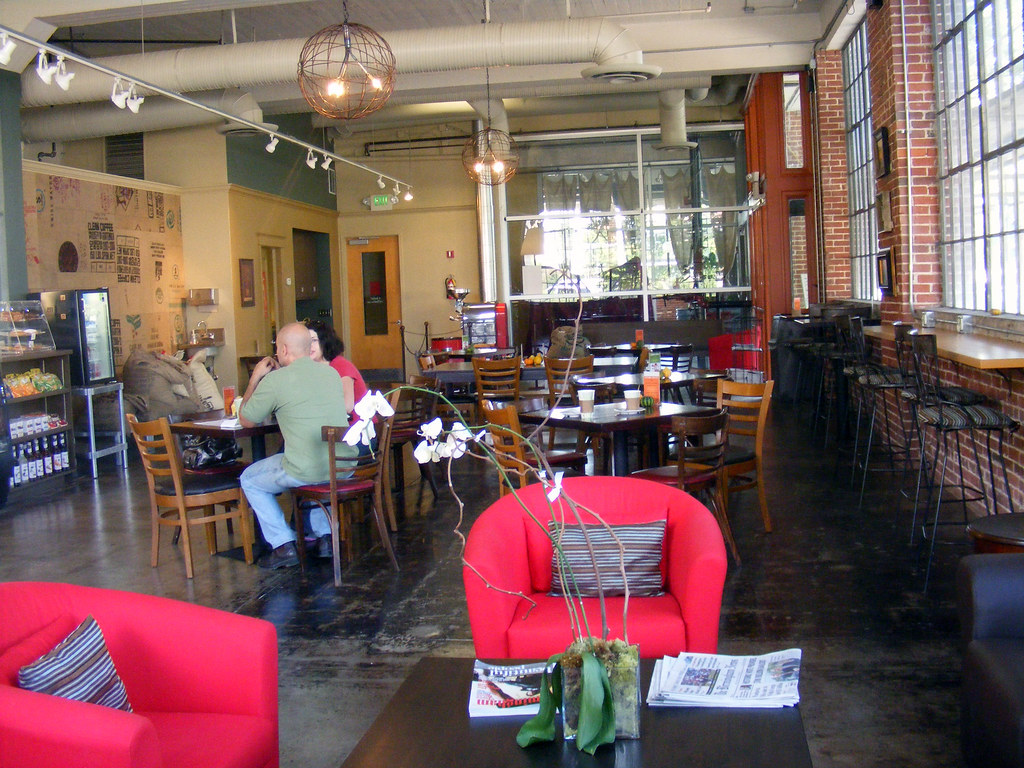 Right now I’m sitting in o’kafé’s in Birmingham’s Pepper Place on a Saturday morning, going into the early afternoon, having just devoured a sticky bun and a cup of chai tea latte made not with powder but with actual chai tea. Outside the air’s got just enough of a nip to it to make it an enjoyable way to spend a morning attempting to zero out my inbox and prepare for what’s becoming a rather crazy month.

It appears that I’ll be getting a chance to put lines through a few more things on the 101 before the end of the year. Most notably I’ll be in Colorado (#16) for most of the second half of October as I serve on two resource teams with Denver serving as my home base of sorts. It’s a chance to make sure that my thoughts as far as Main Street and economic development stay grounded in some sort of reality. Bets and I will also be seeing if the rumor recently reported on Urban Upscale recently will become a reality or not – and that’s all I’ll say on the issue right now 🙂 .

The other goal is to eventually commit to frequent updates on this site, making it into more of the window into my world that it was in its earlier days, though I’ll warn you that it will take a closer look at the worlds of social media urban observations, two worlds that have collided for me in recent months. Though many would say i’ve inadvertently been successful in writing for an urban issues publication with The Terminal, I’m thinking that there are tons of things I’d love to write about that haven’t quite been Terminal material, mainly because it was outside of Birmingham.

There will also be a redesign here that cleans up the site and begins to show off what I actually do know about web design and WordPress in particular. And speaking of WordPress, I’m finally going to post my thoughts about last weekend’s WordCamp later today or tomorrow morning. The redesign will also include a new page to show folks just what I’m doing nowadays professionally, whether it involves web design, or work involving social media tools and economic development.